10 Tips For Your First Running Expedition 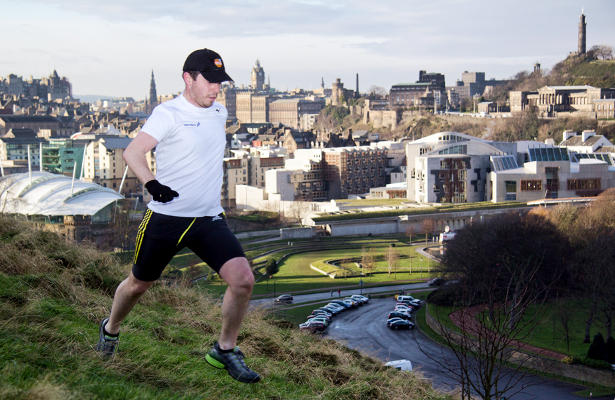 THIS ARTICLE: Is written by Mark Cooper who has spent 24 hours on a treadmill, set a record for running the length of Hadrian’s Wall and run from Amsterdam to Barcelona. That last trip saw Mark run 1,300 miles in eight weeks. Here he shares some advice for anyone considering a long run…

1. Destination and motives are vital for success

Make sure you have picked a destination and a reason to do it that means something to you, it will make it easier when it comes to those hard times on the run when all you want to do is quit and it will happen at some point.

2. Do not research or book any accommodation

When I ran across Europe I didn’t bother looking for accommodation, I went and if I found somewhere cheap to stay I did, if I didn’t feel like it or couldn’t afford it (normally the case) then I slept in a tent. It is supposed to be an adventure.

I never took a physio on my run, I wish I had that luxury. It will hurt in the first few days but after that it should settle down.

I remember I had run 5 marathons in 5 days and I could hardly walk. I had 45 marathons to go. The last marathon was my fastest in 3hrs 08 mins and it only got easier/faster as the weeks went by, not that I’m saying it was ever easy. I think this was because I looked after myself, took my time in the beginning and got my nutrition correct. 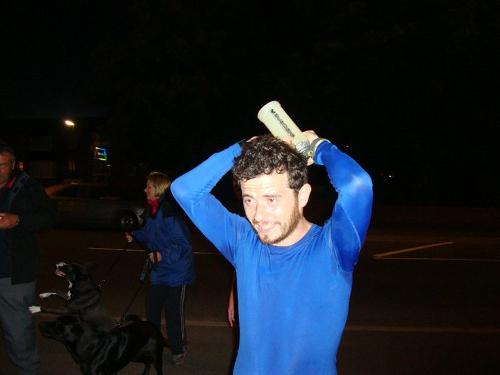 4. Nutrition is not always that important…

Every running magazine/website that you read will tell you about race nutrition. For a marathon or ultra you need to know what works for you and you need to have tested it out on training runs. I do not think that it is as important on a long running expedition because you are in reality not racing anyone, you can stop and refuel then take off again once it is in your system.

It is true that nobody likes the feeling of hitting the wall but it’s not the end of your adventure, just another chapter in it and probably one of the most memorable parts of it.

5. Don’t wash your clothes too often and skip showering

Sounds mental but this is your chance to break away from societies rules, try it, there is nothing more appealing that running up a mountain in the wind and rain with a beard (oh grow a beard as well! Seems almost like the expedition norm).

It goes without saying that if you are crossing countries you will inevitably have to run on roads at some point. There is a lot of debate about whether it’s best to run facing traffic or with it behind you. Personally I think it’s crazy not to run facing it, at least that way you can see it coming, although it does leave you open to a major fright when someone decides to overtake the car behind you. Think about it… scary stuff! Being safe is the most important part of any challenge no matter how crazy it is.

I like nothing more than chatting to people that I meet, not just in everyday circumstances on the street but there is something about being out there and finding another person running who shares the same past time as you. If you meet and speak to people on your adventure then it will enrich it tenfold. The things I remember most are the people that I meet along the way. 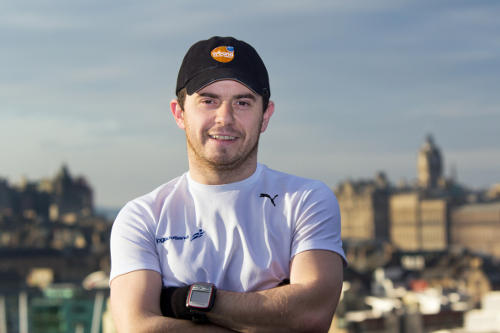 Some people are against blogging and tweeting etc when on a challenge. They say it takes away from the purity of the challenge. I kind of get that but if you are fundraising and/or trying to make a career out of this then you have to communicate it to the world, why shouldn’t you share your tales and images with everyone? That is what makes life interesting and it’s exactly the kind of thing I like to read when I am in my house or bored in the day job. It makes me dream. If anything, you will at least have a personal record of it to look back on.

[Here’s an article arguing this same point: If An Expedition Happens In The Forest And No One Blogs About It… – Tim]

Who cares if you don’t want or won’t get published, that’s not the point. I find it exciting to relive in my mind the places I have been in my mind and on my runs. Imagine in 40 years’ time, when you look back, at least it’s documented somewhere so that when you lose your marbles it’s not lost.

One memory I have from my Amsterdam to Barcelona run was the times when I would get my head down and grind out the miles without noticing the scenery around me. Sometimes this has to be done. Looking back though, I wish I hadn’t rushed it so much. I wish I had taken more time in each place. I don’t think you will ever look back and say that you did everything perfectly.