I am currently in Norway. You can read about it here and see live updates here and at the bottom of the page. In my absence, we have a guest blog from my good friend Ben Wade about a recent bike trip of ours to Amsterdam: 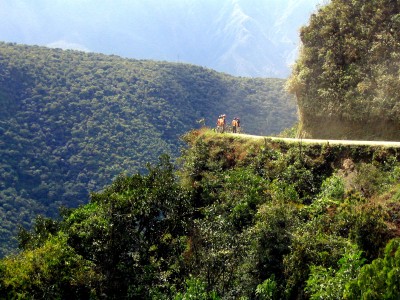 “Ahead of us lay a little adventure, 4 and a half miles of adventure to be precise, and it came in the form of a British Dual Carriageway. Many of you reading this wouldn’t consider a busy stretch of A-road to be much of a challenge, but for 3 weary cyclists fully loaded with food and equipment, the next 7km of leg thrashing were to be a test of nerves, stamina, and our ability to go for more than 20 minutes without having to stop to eat. I’ll be honest, I was ready to go back. Lorries were flying past at an alarming rate and even from the relative calm of a small layby, the wall of wind followed by the suck of air beneath the wheels was making us all sway back and forth like a trio of 60s backing singers. A few miles back I had ridden over a rather graphic illustration of what happens when a car hits a hedgehog. Hedgehogs are pretty tough I pondered, they have spikes and can roll up into a ball when threatened. I, on the other hand, had a slightly miss-fitting helmet and 1 bright yellow band around my ankle for protection. This was playing heavily on my mind as we straddled our bikes 3 abreast, and played paper scissors stones to see who would go first. Tim won, which I assumed meant myself and friend Nancy would be battling it out for the winner takes all honour of running the gauntlet first. As we clenched our fists and counted 1,2,3 however, Tim changed gear, thrashed his legs wildly, changed into a more appropriate gear, and then slowly but surely headed for the layby exit. Nancy and I exchanged shocked/worried glances, and the next thing I knew, I was following.

As I approached the constant stream of whooshing traffic my mind filled with the events of the last 24hrs. The brief phone call that involved my surprising decision to join Tim and Nancy on this cycle trip, my sudden panic as I realised I would actually need to get hold of a bike to see this decision through, and an hour of route planning that involved a lot of the phrase, ‘we’ll just cycle along this road, it’s more direct,’ and not a single mention of the word ‘scenic.’ The rough plan was to cycle to Amsterdam and back, although I use the term ‘plan’ quite loosely. All we had to do was get to the ferry port in Harwich to catch a boat across the North Sea, which is why I now found myself blindly racing head down through the rain, being beeped at by extremely fast moving vehicles of various forms. It was scary, but also strangely fun, just as long as I didn’t end up like that hedgehog.

‘We made it!’ the 2 others screamed as I wearily bumbled to a stop just off the slipway. Excessive high fives were exchanged, jaffa cakes were scoffed, and more than 1 driver nearly skidded off the road at the site of Tim in his lycra shorts. I had somehow half blanked out the whole experience; the noisy motorbikes, the swaying articulated trucks and the cars that think 3 inches is plenty wide enough to cycle a bike. We’d dodged road kill and avoided confrontation with the Police (I don’t think Dual Carriageway bike rides are legally recommended) and after all this, and the brief pitstop, we climbed back onto the bikes and headed onwards, towards another little adventure…”