Do you find Newton Faulkner attractive? 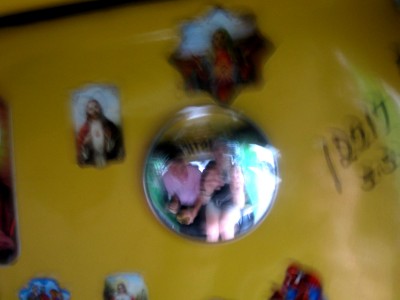 I knew nothing about about Newton Faulkner other than that he was a singer/songwriter. I loaded up his album, Hand Built By Robots, on Spotify and thought it was great so, last night, I asked my friends if they’d heard of him.

“Have you seen what he looks like?”, one of them asked me in reply. Well, no, I hadn’t. “He’s got really long dreads and he’s quite ugly”.

I immediately started to view his music in a different light and then wished I hadn’t. It  served as yet another reminder of how quick we are to judge.

At first I chastised myself for allowing perceptions of an artist’s image to influence my appreciation of their music but then I thought… would Elvis be the same without his hair and his flares? Or what about Johnny Rotten without his orange hair? And how about Jackson without his moonwalk, Freddie Mercury without his flamboyance or Britney without her school uniform?

I don’t really have an answer although, Mr Faulkner, I’ve still not seen any photographs of you, and I haven’t looked you up on Wikipedia, but I love your debut album.