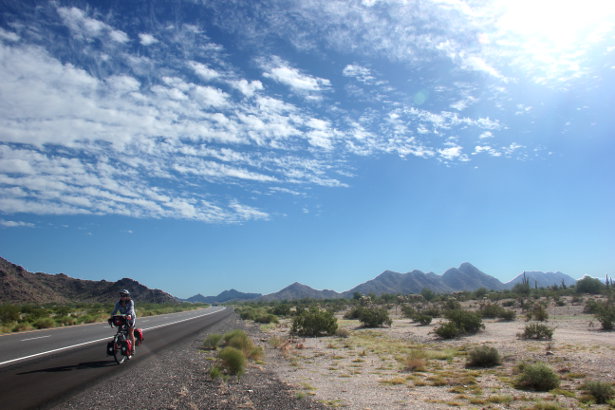 No more familiar faces presenting us with plates of delicious food.

No more spending our days on a couch, in a car or by the pool.

No more bed, no more mattress.

It was back to how it had been for so long.

Just the two of us.

And a long road ahead. 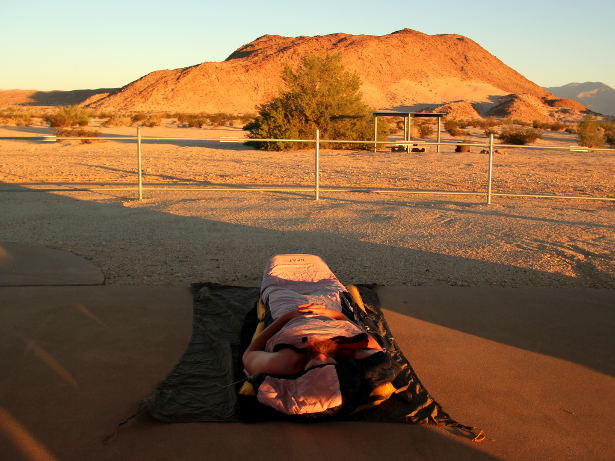 Southern California started with a wave of heat and a hail of hills. We’d slept by the Pacific the night before, next to the hire car we’d driven from San Francisco and from which we’d unloaded our bikes for a fascinating ride through Los Angeles and all human life.

It was hotter than we’d had for a while – not quite our Indian summer or Middle Eastern spring but plenty hot enough to make us sweat as we climbed slowly away from the coast. But the roller coaster that greeted us on the other side made it worth every drop. One of the finest downhill stretches in a year of cycling around the world. The perfect gradient – not too shallow to need pedals, not too steep to need brakes and a stunning view ahead to the empty expanse of the Mojave desert.

We spilled out onto the desert floor, eased to a stop and lay down beneath a starry sky. Our American adventure had just begun.

“Highways? No. We won’t be taking those.”

Our naive ideals before departure had barely left our lips before being broken. We’ve covered some 700 miles now and at least half of that’s been on highways.

But you know what? They make for some pretty good cycling.

You are guaranteed a huge (hard) shoulder with rumble strips to separate you from the traffic so in many cases it feels much safer than sharing the lane with every passing vehicle and just hoping that each one’s seen you. Plus, the road surfaces tend to be a little better. And that means a lot round here. Some of the roads are terrible for bikes.

With highways have come service stations and with service stations have come some elements of American life that we’d long anticipated. The Super Size drinks for example. In any service station worth its salt, you can choose any number of soft drink flavours to be served in a 44oz cup (that’s 1.3-litres) and all for the princely sum of 60p. Even less if you’re lucky enough to find a Circle K. For a nation with obesity and diabetes problems, this is probably not a good thing. For the thirsty cyclist crossing three of the four North American deserts, it is not complained about. 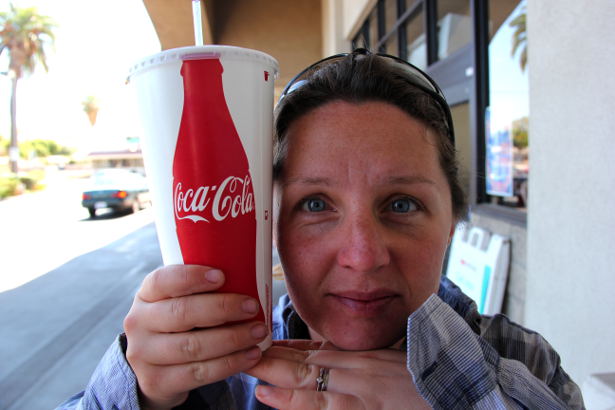 Just as we’d imagined following largely quieter roads, we’d also imagined spending most of our nights in the middle of nowhere. Nothing but sand and the occasional passing tumbleweed for company. The reality, however, is that it’s much easier to find food and water in towns, and there tends to be more space for camping when you’re not on a highway so, after our blissful night bivvying beneath the desert’s stars, we’ve had a wonderful mix of hosts in the towns we’ve passed.

From Bill, the 72 year old police constable who let us sleep in the junk yard outside the caravan in which he lived, to a local church’s drug rehabilitation centre in whose garden we camped; and from a school playground that had played host to several trans-continental travellers, to a jerky shop run by a Jim Carey look-a-like. And that’s not to mention the wonderful hosts who’ve taken great care of us as part of the Warmshowers community. (We won’t talk about the night spent in an industrial estate car park, hiding our tent behind a giant RV and wondering what anyone watching the CCTV footage would make of our strip wash). 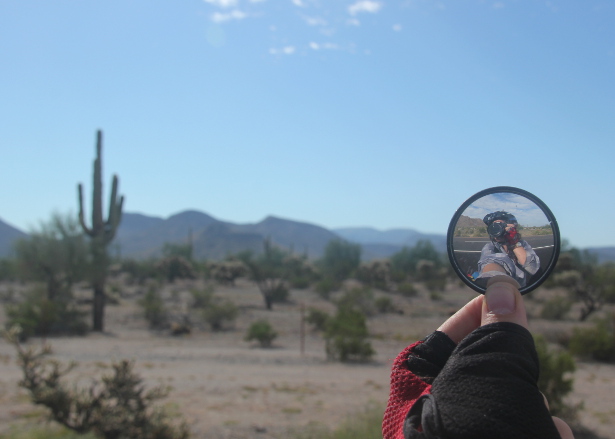 Through these nights, one desert gave way to another with sand dunes marking the boundary and the prototypical saguaro cacti indicating transition. And as deserts changed, the air got cooler as we creeped slowly up towards the continental divide which we finally reached yesterday.

If I said it was downhill from here I’d be guilty of wishful thinking but it would be safe to say that a lot of the climbing is behind us. We hold onto the height we’ve gained for a while before slowly descending across Texas – which we’re told is home to rolling hills – and enjoy a flat home straight towards the Atlantic.

But first, I’ve got to lie down and digest the huge buffet I just consumed. 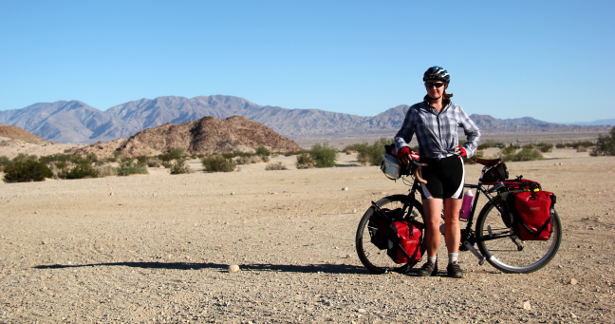 Tags: Cycling Around the WorldDesert Expeditions