Home Living Adventurously How was your lunch break?

How was your lunch break? 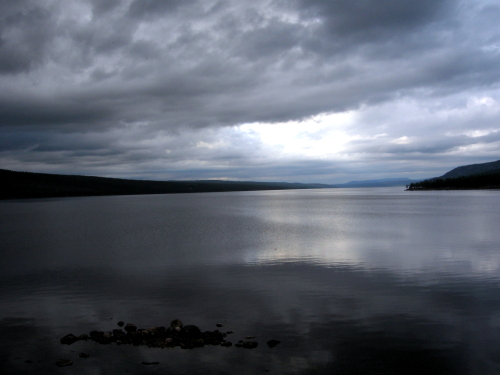 The end of 2010’s first month is almost upon us and it is time to reflect… on your lunch breaks.

At the start of the month I set you the challenge of breaking free from your workplace and making the most of your lunch hour. On Monday we’ll have a new Everyday Adventure idea but in the meantime… what did you get up to?

The Everyday Adventure concept seems to have struck a chord with many of you and word is already beginning to spread a little. I’m particularly pleased that it’s not just the die-hard expeditioners to whom it appeals. That’s great because the whole idea is to get more people involved and aware that the thrill of adventure comes not just from the mountain you’re dangling off or river you’re paddling against but from the kick of trying something new, the knowledge that you are living in the moment and the exhilaration of breaking loose from the rigmarole of normal life.

Here’s a debrief of what I’ve heard so far:

Went sledging in the snow, up the Monument, to a bagel shop, power-walked along the Thames, ran around a snowy park, tried to a new pub, squeezed in a climbing session, became more aware of your 40-minutes of freedom, set up a weekly escape to visit local museums, made a long overdue phone call and met with a new running club.

Comments on the form below or on my new Facebook page.

I saved my lunchtime jailbreak for the moment I needed it most: my second day of copying and pasting cells from one Excel spreadsheet to another in the name of data entry at seven pounds an hour. I completed a recce on my first tea break and, by noon the next day, could barely contain my excitement. I lugged my kit to the men’s room, slipped into my costume, removing shirt, shoes and tie, and ran through the office. I’m not sure the guy on his mobile even noticed.

I jogged down the street, through the snow and to the banks of the River Thames.

Wrestling to get the neopreme balaclava over my head I grinned at a passing couple and took the plunge. The cold, the swans, the current, the solitude of an empty river and the company of turning heads from the bridge above. Bliss.

I retraced my footprints in the snow, buzzed reception to let me in (“Hi, it’s Tim the temp!”) and, just yards from the finish line I got busted – wetsuit dripping a trail of fresh Thames water along the dull brown carpet. After a double take at the incongruous vision of a diving suit in an office, “Where have you been?”, she asked .

I wanted to explain the concept of living life as adventure,  capitalising on your lunchtime, embracing the world and everything else that I write about on these pages but, instead, endorphins blurted out:

“I went for a swim in the Thames!”