Home Tim's Adventures A Day on the Jubilee Line – Part I

A Day on the Jubilee Line – Part I 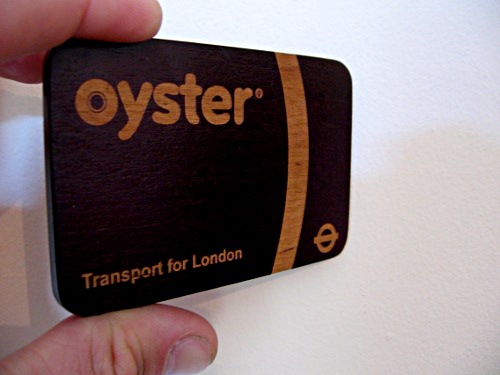 Ever since running 29 miles along the Northern Line, going out for a run has felt a bit different. Discovering that I could run that distance without any real training or preparation has left me feeling entirely calm about the prospect of covering any lesser distance and Sunday morning was no different.

The Jubilee Line stretches 23 miles from Stratford to Stanmore, crossing the river four times as it does so. Our laissez-faire approach and the fact that we were both out for drinks the night before meant a late start today and it was gone midday before we emerged from the north east tip of the grey Tube line.

We were misinformed a little about boats across the river and after an unnecessarily scenic and decidedly frustrating tour of the Docklands area, we found ourselves at the Thames Clipper booking tickets towards Canada Water. It meant cutting out North Greenwich from our route, an unequivocal floundering in our commitment to running past all the Tube stops, but the alternative was a full 10-12 miles extra running for a single Tube stop on a day that was already ticking by. No sooner had we made this decision than we discovered that our boat would take us all the way to the Millennium Dome and our missing London Underground Station. That meant only an extra 5 miles to over. Well worth it for a clear conscience.

Shuffling through the heat along the Thames Path back towards Greenwich, Laura’s knee was becoming painful. We slowed to a walk and my mind leapt at this opportunity for reprieve. I hadn’t been running for almost two months and had spent most of that time sat down on a bicycle. A marathon on concrete was not the ideal transition back and I was seeking an excuse to bail out: It’s late, we’ll be tired all week from this. I don’t feel good, not enough sleep last night. My muscles are aching, my joints aren’t conditioned.

Laura did some stretches and pressed on.

At Waterloo, what felt like the halfway point even if it wasn’t in actual distance, I suggested that we could call it quits for the day and do the second half another time. I’d been holding out for this moment for the last hour or so and I once again grabbed at the chance to go home and sit down.

“It’s probably only about 10 miles from here”, Laura said.

My mind kicked into activity, processing numbers, doing the maths. But I was still hesitant.

I’m running the length of every Tube line in London with my friend Laura Tomlinson. We are raising money for the British Lung Foundation. You can read more and follow our progress here.