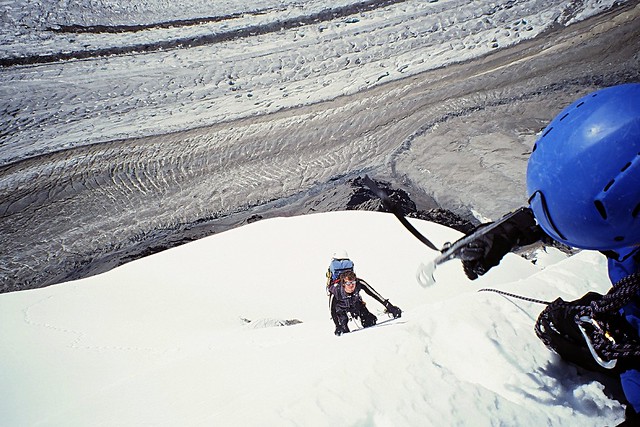 My first step on the road to becoming an adventurer was something of a giant leap. I found myself dangling from a rope on a 6,000-metre peak in Kyrgyzstan that had only been climbed thrice.

The trip was a disaster. The reference to dangling was not metaphorical. We never summited anything and our poor food planning left me in a state of permanent hunger for weeks after the trip.

But that single month in the mountains changed the course of my life. Prior to that expedition I had never left Europe or done anything particularly adventurous but, subsequently, I have pursued many such challenges and made a living of sorts from the adventure world.

After the Tien Shan came the Andes and a far more successful climbing expedition in Bolivia. The following year, recognizing that it was the project and the challenge rather than just the mountains that got me excited, I planned a charity fundraising trip to circumnavigate the globe using as many different methods of transport as possible.

Then, whilst in the midst of filling out PhD application forms, I stumbled into a low ranking job at the British Schools Exploring Society(BSES) which led to several trips to the high Arctic and being surrounded by a constant presence of inspiring people with oodles of experience.

After a few years hearing tales of adventure inside the Royal Geographical Society, I decided to try branching out on my own and marked the occasion by shunning the return flight after one last Arctic expedition and getting on my bike instead.

Whilst working at BSES, I had found myself drawn to helping other people who were struggling to get their plans off the ground or just looking for inspiration. Occasionally they would come to me as someone who ‘knew about this sort of thing’ – asking about fundraising and expedition planning.

I had no specific plan when I started – business and money-making are not fortes of mine – it was just an idea in my head that I struggled to accurately articulate. Hopefully, over the last couple of years, I’ve begun to elucidate it a little more clearly.

I want to encourage people to live more adventurously and facilitate them in doing so. Be that through offering specific advice on how to complete a particular expedition (I’ve just written a guide book to seven iconic adventures), or simply providing some indirect motivation by filling my website with stories.

Now you have read my story. What’s yours? And how can it benefit from a little more adventure?

(This article was written for Beyond Limits Magazine)