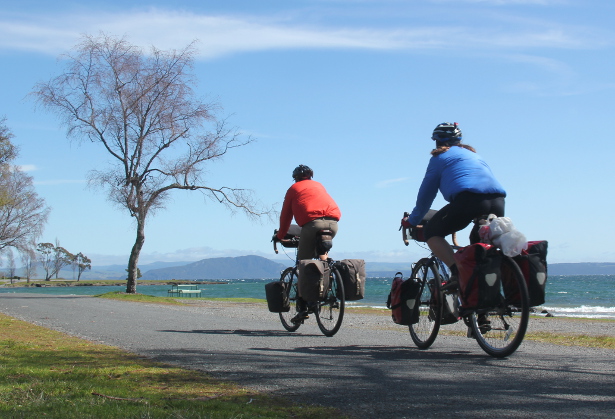 Whoever you believe created the world, be it God or Terry Pratchett, by the time this archipelago was being developed, they’d had plenty of practice. When they got round to putting together this island project, they knew what they were doing, and what perfection looks like.

New Zealand is a beautiful place. A very, very beautiful place. Shards of mountain divide sky from surf, forests of fern add welcome splashes of colour and bubbling pools of sulphurous mud keep things interesting. Best of all, there are no dangerous animals. Take that, Australia.

We were blown out of Wellington by the famously strong winds, heading north to the central plateau. After a couple of days of indecisive weather, we made it to the foot of Mount Ruapehu, from where we planned to take the Desert Road across to Lake Taupo. Camped in a stranger’s back yard, we woke up to find our tent covered in snow: weather we thought we’d left behind in Iran. Never ones to shirk from bad weather, we wrapped our feet in plastic bags before donning our sandals and setting off up the hill. Unfortunately, the road was closed due to the bad weather and by the time is reopened, it was too late to attempt. A lift from a passing truck was accepted, but not before we gave a quick interview to the national news channel. 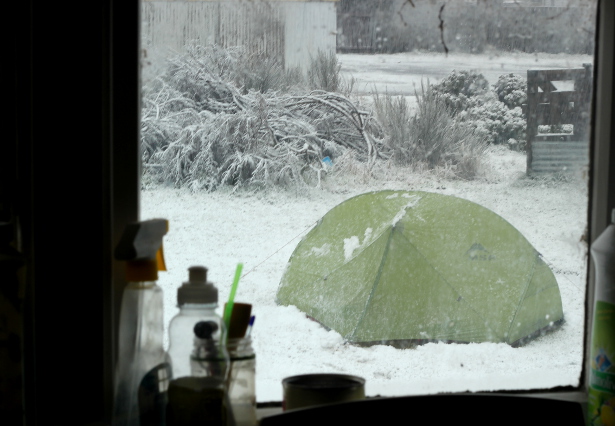 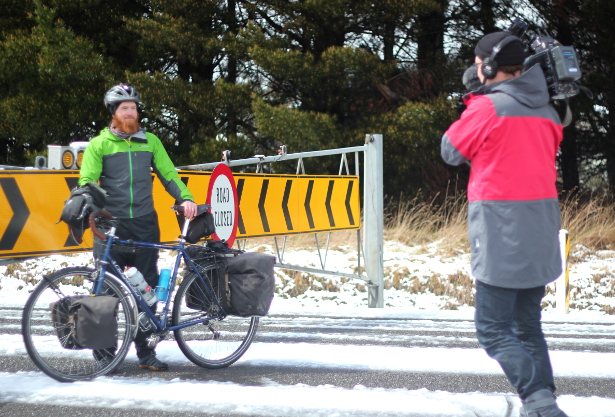 Once at Lake Taupo, we spent a couple of days enjoying the area’s geothermal attractions. Hot streams and thermal baths provided excellent relief for tired muscles: evidence indeed that God is a cyclist. 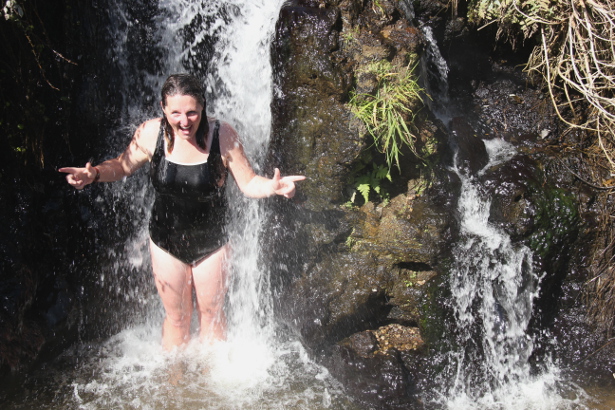 We have now reached Auckland, from where we fly to America later today. It’s definitely beginning to feel like the last leg of our journey now, and we’re looking to home with a mixture of excitement for the future and nostalgia for what lies behind us.

New Zealand has been a perfect blend of decent cycling, interesting scenery and friendly people, plus the opportunity to catch up with old friends and make several new ones. People have been super friendly and welcomed us into their homes with a beer or a bag of eggs from their chickens. What’s amazed us is the number of other long distance cyclists who live here: for the first time in our whole trip, people don’t bat an eyelid when we tell them we’ve spent a year cycling from England. Either they’ve made the journey themselves, or know someone who has. We’ve also been amazed at how politically engaged people are here, not only telling us about their own national elections, which happened shortly after we arrived, but also about the finer details of the Scottish independence question. Everyone from a retired civil servant-turned-electoral-candidate to a man cleaning the public loos answered Tim’s questions on voting systems with an impressive level of knowledge.

So yes, New Zealand might just be the most awesome country in the world. But then, we said that about Japan too. Perhaps we’re just suckers for a hot spring.