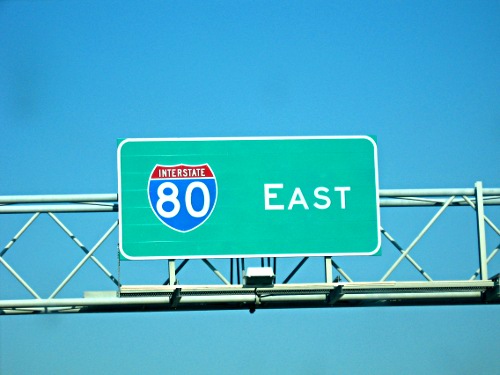 Given that we are travelling the whole way round a world composed of nearly 200 different countries, I suppose I should be grateful that we only required three visas for our trip. But having just spent four and a half hours queuing outside the Russian embassy when there are less than 48 hours before we leave, I sometimes wonder if it’s all really worth it.

China, Mongolia, and Russia: those are the three countries that would not allow us access without some pre-trip red tape. Of course, we have to accept a large part of the responsibility for the amount of hassle we’ve had, because we only set foot in the first consulate 15 days before we were due to depart. China was the first one.

With the embassy conveniently located on Portland Place, about 5 minutes’ walk from my flat, attaining the Chinese visa seemed all too easy. When Thom rolled up to my place about half an hour late, I remembered the way things work when the two of us get together to organise anything: hectically.

We arrived with plenty of time to spare before they stopped taking applications–a good half-hour. Our eyes widened at the sight of the queue but then shrank back upon discovering that the poor people waiting in the scorching heat were in line to pick up their visas. We strolled right past and into the building. After some minor worries about there being no express service, we realised we had no passport photos, and it was due to close in about 10 minutes. A helpful member of the staff directed us to the nearest photo opportunity, and we set about our first mission.

Acutely aware of the futility of attempting to find a small chemist, getting two sets of passport photos, and making it back into the embassy before the doors closed in 10 minutes, we grinned at one another and ran like wild men.

To our surprise, the shop was conveniently located, and our photos were taken quickly. Miraculously, the combined total of the change from our pockets came to exactly the right amount. Things were looking up. Another sprint back saw us crossing the threshold with seconds to spare. Moments later, we left the building, safe in the knowledge that our Chinese visas would be ready for collection in the three day’s time.

Having been burdened with the task of picking up our passports on my own, the queue for collection that had looked so daunting upon our previous visit had now switched to a queue for applications! Again, I sauntered straight past and picked up our passports without any further hitch.

The Mongolians had opted for a base in South Kensington, which meant a slightly longer journey this time (though I thanked my lucky stars that I live in central London). The stamps they gave out were pretty impressive, and the only problem I had was having to make an extra trip because I didn’t have any photos of Thom.

I picked up the passports once more from the Mongolians at 11:20am on the Friday a week before our departure. My guidebook informed me that the Russian embassy closed at 11:30am, and my A-Z informed me that it was located about half a mile or so away, so I began to run.

Arriving at my destination with minutes to spare, I was greeted by a long queue. Not sure if this was a good or a bad thing, I stood in line and waited. It wasn’t until another hour passed by that I realised the embassy was closed and people were queuing for its 2pm reopening. Since I had been there so long already, I figured I may as well wait until then. When 2:30 rolled around and there was no sign of life, I left, an unhappy man.

After a weekend break, I made a return journey but soon realised that 10am was not early enough to gain entry. Thom was delegated the duty for Tuesday, but after getting up at half six to beat the queues, he was turned down because our invitations had not been faxed through. He left, an even less happy man than I was.

It was now four days before our Saturday departure, and with the consulate closed on Wednesday, Thursday was the final window of opportunity, and it was once again my turn to do the embassy run. The Russians were not going to beat me this time.

It was 7:20am, over 90 minutes before the place even opened, and there were 13 other people in front of me in the queue. I was clearly up against tough competition, but I had food, water, a good book, and a lot of patience. I would not be beaten. Four hours went by, and I was still standing outside. Four places from the front, I was starting to despair. A man emerged from the building and put three fingers up – the signal for how many people should come through. I was fourth, and he wanted three more. Typical. However, I had regaled the fellow queuers with my tales of woe, and they took pity upon me. So when the signal came, they helped smuggle me through. Inside the embassy, I was greeted with yet another line, but it was not long before I got the third and final stamp in our passports.