Home Advice Articles Where is the North Pole?

Where is the North Pole? 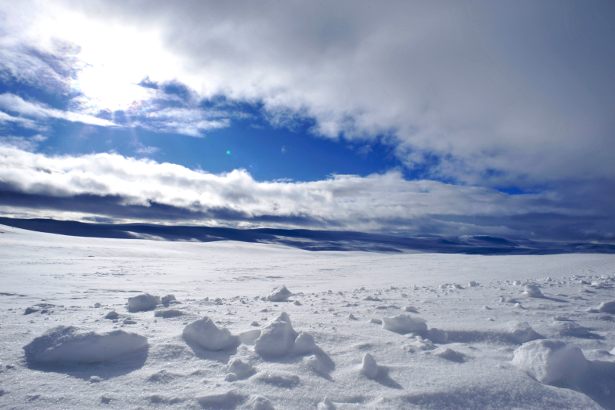 The North Pole does not lie on a land mass but in the middle of the Arctic Ocean. For the most part, it is frozen over and hence, at the right time of year, it is possible to travel there on foot, ski, dog sled or similar.

The question of its location is slightly more complicated than you might assume as there are a total of four different North Poles. Their varying locations and the different means by which you reach them will have a significant impact on the difficulty of any attempt to reach one.

TV presenter Jeremy Clarkson may have been to one of the North Poles in a converted 4×4 but he actually finished further south than many North Pole expeditions begin. The explanations below should help clear things up.

This is where your compass points which is not, in fact, the top of the world as you may have been led to believe. Keen navigators amongst you will understand that this is why you have to adjust your compass readings depending on where in the world you are standing.

To make things even more complicated, the Magnetic North Pole is continually moving and was last seen some way west of north Greenland. However, its position in 1996 is often used as the standard for organised races, partly following an expedition that used various methods to pinpoint it that year and, one suspects, because it is at a relatively convenient location. Both the 1996 location and its present position are several hundred miles from the Geographic North Pole. The Magnetic Pole is sometimes located on land rather than frozen ocean and is typically a lot easier and cheaper to reach than the true pole.

This one is a little more complicated than the others: Imagine the earth as surrounded by a magnetic field. Like any magnet, this field has a positive and a negative which, in the case of the earth, sit in the sky some way above the Geographic North and South Poles. There is a line that connects these two points known as a dipole. This line is not a straight one and where it touches the earth’s surface at the northern end is what we call the Geo-Magnetic North Pole.

This is the point in the Arctic Ocean which is furthest from land. There are different methods with which to calculate its exact location but wherever you aim for, it will always make for the longest North Pole journey from the coast, probably around 800 miles. This point is also called the Arctic Pole.