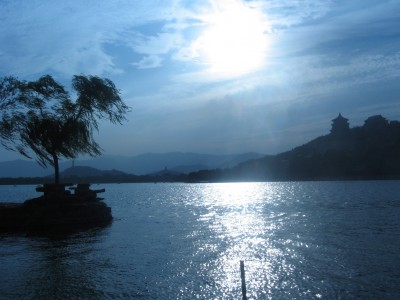 This women-running-marathons-thing was only supposed to be a brief entry but when I started writing about it I found myself feeling quite strongly about the implications so here is a second instalment:

In the TV show Daredevils last week, an “expert” made the following statement:

“A marathon, in istelf, is an endurance feat which most people will never achieve.”

A marathon is often portrayed as the pinnacle of human endurance but if it is, then how did an unassuming British comedian run 43 of them this summer? And how did another one swim the Channel a couple of years ago? (Average time for a marathon might be around 4 or 5 hours whilst for a Channel swim you’re looking at more like 12)

These wonderful examples of “ordinary people” – in as much as they are known for something other than their physical abilities – undertaking frankly obscene physical endeavours really help to raise the bar of what we accept to be achievable.

All too often we are guilty of inheriting our limitations rather than learning them for ourselves. 30 years ago we thought women shouldn’t run marathons. If everything we read tells us that a marathon / 10k / run to work is beyond our abilities then it becomes easier to accept that than it is to try it for ourselves.

Until, that is, Walliams and Izzard blow that theory out of the water and you’re left standing like a gooseberry with no excuse other than “I’m not cut out for that sort of thing”.