Home Advice Articles 7 Reasons to go to the Altai

7 Reasons to go to the Altai 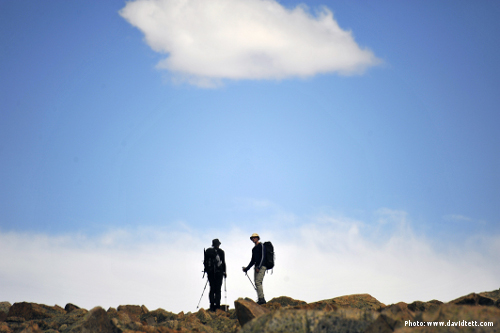 Or if you have, you’ll still have plenty of friends who don’t know where it is and will make the appropriate noises when you show them on a map.

The Altai Mountains span four countries and the Russian chunk of them lies within the Altai Republic, a state (or “federal subject”) of the Russian Federation. So, why haven’t we heard of it?

Well, as with other vast swathes of the exploratory map, access to the Altai was restricted for some time by its location within the Soviet Union. Following the USSR’s collapse in the 90s, however, many areas have slowly opened up. The Tian-Shan mountains are a prime example: little known 20 years ago but now a first-rate location for adventure. The Altai could be next.

2 – You can walk, climb, paddle and ride a horse (or even a folding bike)

The Golden Mountains, as they are known, are a diverse playground with loads of adventurous opportunities for whatever butters your muffin.

You can trek your way around Lake Teletskoye – Altai’s answer to Baikal – or splash your way down the Katun River in kayak or open canoe. Climbers can test their lungs on the mighty Belukha Mountain which, at 4,506m, may be a few hundred metres lower than Mont Blanc but which also has a few hundred fewer foot prints marking the route to the summit. Those more comfortable in the saddle will find plenty of horse trekking options, cyclists could have a field day, week or month in the region and some adventurous souls even went there on the fold-up variety.

3 – You can take the train there

And that means the train: The Trans-Siberian.

The subject of every train spotter’s dream stops off at Novosibirsk, Russia’s third largest city, which is within striking distance of the mountains. A connecting train will carry you to the town of Biysk and then, well, you can practically spit on the snow-capped summits, or at least catch a bus along the M52, better known as the Chuysky-Trakt, until you really are in the thick of it.

If you didn’t grow up with a love of train sets or don’t have the time to indulge, then flights go regularly from London via Moscow at a reasonable £500. Less than you’d pay to get to a lot of remote mountain ranges.

Not many people can say they’ve been to Siberia but book your plane (or train) ticket and you could be one of them.

The Altai Republic is the southernmost state in Siberia and thus lies closest to the equator. So, although it can reach -30C in the winter that’s nothing compared to the record -71C recorded elsewhere in Siberia (and not much worse than some parts Scotland earlier in the season). Visit in the summer and you can expect far more reasonable temperatures (think British summertime).

So, you shouldn’t have to crack ice off your sleeping bag in the morning or spoon with a tent-mate to stay warm at night but you’ll still earn the right to start sentences with “When I was in Siberia…”.

5 – There are unclimbed peaks

From grizzled veteran to armchair adventurer, these are the buzzwords that will grab the attention of any mountaineer.

It’s always hard to verify these things but sources suggest that many mountains in the Russian Altai have not been climbed. And while some of these are undoubtedly technical beasts that will require two ice axes and a thousand-yard stare, many maintain their virginity simply through merit of being a little bit remote and off the radar.
We almost certainly claimed several first British ascents on our trip, some of which were done without ropes, some with a team member who’d never worn crampons and none which required a belay or a change of underwear.

Whether you’re a busy City solicitor who’d rather have someone else organise your trip for maximum use of time, or a free spirit who wants to plan every last detail of their itinerary to save pennies and get the full experience, the Altai welcomes you.

It’s got enough remoteness and obscurity to be well off that beaten track you’ve heard people talk about but it’s not so difficult to get to or get things done that you’ll be left up the creek without a tour-agent-provided paddle.

There are companies who will pick you up from the airport, whisk you to a hotel and ride a horse next to you all the way. But, you could equally pick and choose which services you want or just go ahead and do it all yourself.

In fact, if you really stretched you wouldn’t be far off a limb into each of Russia, China, Mongolia and Kazakhstan.

It’s possible to plan a trip to any of the four quarters of the Altai Mountains. The most popular section is in Mongolia with plenty of tours running there for climbing, walking and the like. The Chinese side is perhaps the least explored and, if you look at an atlas, you’ll probably see why. Climbing up from Kazakhstan would certainly offer some great exploratory opportunities but the Russian Altai gives a great balance of accessibility and remoteness.

It would be prudent to point out, however, that if you want to wave your limbs across borders then you’ll probably need crampons and an ice axe in them as the intersections run across the top of big snowy peaks.