Advice for Climbing at Altitude 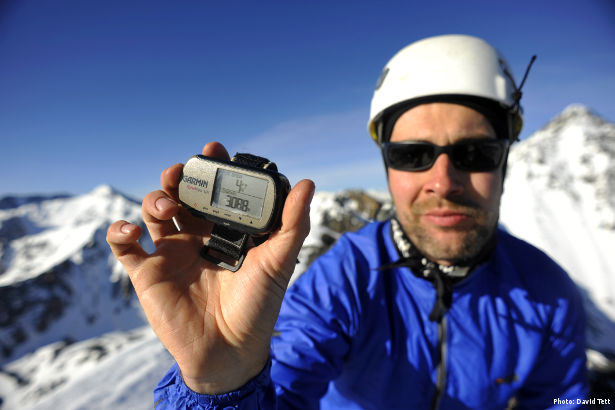 Walking and climbing on high mountains brings additional risks from the lack of oxygen in the air. Below I have given a very brief description of Altitude Mountain Sickness (AMS) and some basic advice for acclimatisation.

This is an edited excerpt from the How To Climb An Unclimbed Mountain chapter of my new book: How To Get To The North Pole And Other Iconic Adventures.

The higher you get, the less oxygen there is in the air. The effects of this range from:

Your body can slowly adapt to the lack of oxygen but circumstances can limit the amount of time to do so and some people simply do not adapt well.

A basic rule of thumb for climbing above 3,000-metres is to end each day no more than 300-metres higher than where you started and to take a day off for every 900m you ascend.

Everyone is different, however, so you should monitor yourself and your team-mates. Simple tests such as the Lake Louise Score measure your symptoms on a scale.

Some symptoms – like shortness of breath and a mild headache – are common but should pass. If they persist then you should allow longer for your body to acclimatise. If they get worse then the treatment is immediate descent.

There are a few other things that you can do to help ensure optimal acclimatisation, such as:

These things should only be done in addition to following a gradual ascent programme, not instead.

For more advice on dealing with altitude, visit www.thebmc.co.uk