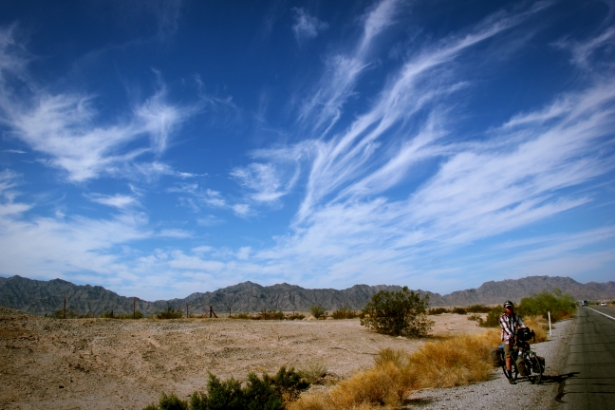 The kid leaned over, gave me a hug and told me he liked me.

‘You should never leave’.

Before you suspect a scandal at Next Challenge HQ, my new friend was ten. His ardour was no doubt inspired by the fact that I’d lent him by head torch: if only picking up admirers was always that easy. Seconds later, his mother appeared and told us dinner was ready, so we trooped in for another family meal.

We had met his grandmother just a couple of hours before, outside a church as we looked for a place to camp. Janie had taken us back to her house and insisted we make ourselves at home, encouraging us to use the shower (probably for good reason) and finding us a space to put the tent up in her yard. Within minutes, we had made firm friends with her grandkids, who ‘helped’ us put up the tent, and felt comfortable enough to walk in and out of the house as though we were regular visitors.

It was the day before Thanksgiving and her five sisters were there, along with her mother and countless nieces, nephews and grandchildren. With such a large family, no-one batted an eyelid at our presence, probably assuming we were just cousins they hadn’t met yet. The chaos, warmth and good humour meant that for one night only, we had become part of the family. When morning came, we were given a big bag of freshly baked muffins, declined several invitations to stay for Thanksgiving (stupid, we realise) and pedalled off with a lump in our throats, sad that we’d probably never see these people, our new Mississippi family, again.

This was just one of hundreds of human experiences we’ve shared across the world. We’ve stayed in the homes of countless people who were once strangers, been given bags of food by passing motorists and every single day, have conversations with at least a couple of people curious about our bicycles.

Being on bicycles mean that we attract attention. Travelling on an ultra-low budget mean that we have been forced to rely on the kindness of strangers: even on the odd occasion when sunset coincides with a nearby hotel or campsite, we usually end up finding someplace free to sleep, and in the process find people to talk to.

Whatever the reason, the bicycles have meant that this trip has been all about the people. The people we’ve met along the way have created the memories, the highlights and the stories with which we will be boring people for years to come. 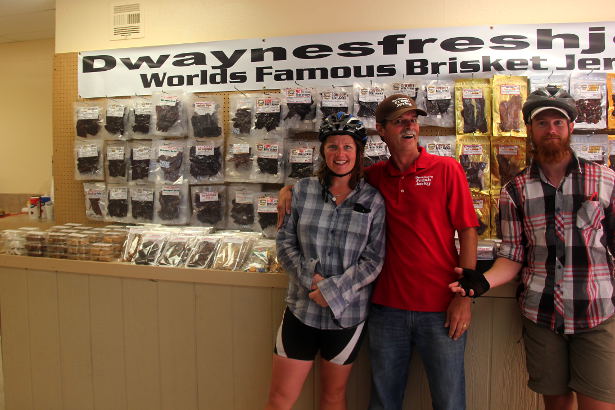 We use online hosting networks such as Warm Showers and Couchsurfing, and have been welcome recipients of innumerable impromptu invitations from people we meet on our way. All over the world, total strangers have taken us under their wings. This isn’t limited to any particular countries or social classes: all walks of people from all walks of life have showed us levels of kindness which could, and have, made us weep.

There was the couple in England who, ten minutes after we asked them for water, disappeared out for dinner while leaving us to hang out in their house for the night.

There was the family in Albania who gave us shelter from a storm, despite some initial confusion about body language, and showed us their daughter’s fabulous 80s-style wedding video.

There was the group of blokes in Turkey who tried to help by building us a fire, with the result that we were driven from the abandoned building we were staying in by clouds of acrid smoke. Happily, they then found us a new place to sleep and arranged for their wives to cook us dinner.

There was the truck driver in Iran who mistook us for ‘Ollie and George’ (cyclists he’d met four years previously), but who took us home anyway and made us stay for far longer than we’d intended. We were privileged to be taken into one of the holiest shrines in Islam, usually off-limits to non-Muslims.

There was the village in India (and it was the whole village) which found us a spare house to sleep in, gave us dinner and then tried to give us a teenage son to take with us.

There was the tulip farmer in Japan who invited us in for coffee and ended up taking us out for dinner and putting us up for the night.

There was the couple in Australia who, after we stayed with them for one night, gave us the keys to their holiday home further down the coast.

There was the couple in New Zealand who both looked like Kevin Keegan, were off their faces when we arrived and proceeded to get even more wasted as they fed us beer and cheese toasties for dinner.

There was the lady who flagged us down in Texas, took us back to her mansion and cooked us an amazing dinner while we drank wine with her lawyer husband. We abandoned our British reserve as the guitars came out and we joined them in a rousing singalong to Home on the Range.

There was the lady in Louisiana – a real special soul – who lived with seven dogs and five cats, fed us crawfish caught in her flooded back garden and then gave us a packed lunch and a cookery book (including recipes for alligator and turtle) to take with us.

And, of course, there was our family in Mississippi. 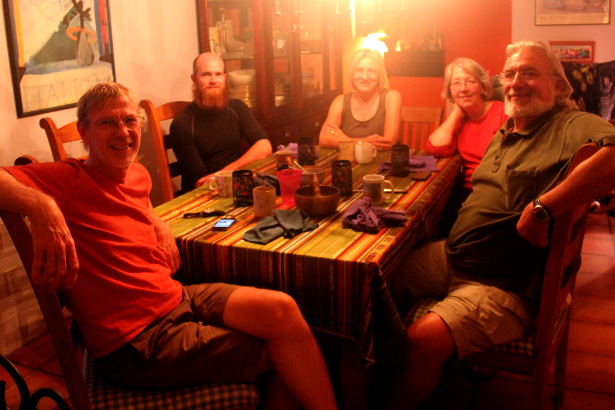 These are just a few of the hundreds of examples we could give. It is the people who have made this trip, who have opened doors to their countries, their cultures and their homes. Strangers have become friends and friends have become good friends. We have learned to trust people, whatever their class, colour, ethnicity, religion or background.

Even more acute is the level of trust that people have displayed to us, as scruffy, foreign strangers. People give us keys to their houses, leave us to look after their animals and play with their kids. We’ve been offered garages, bakeries, schools, mosques, temples and churches to sleep in. Whatever you think about theology, the truth is that the compassion and generosity taught by all the major world religions is not just theoretical: the hospitality shown to us by various places of worship has been astounding. I write this from a church hall, where we have been left for the night after striking up a conversation with a man in a graveyard. He unlocked the door, showed us the well-stocked pantry and left us to enjoy the novelty of electricity for the night.

Above all, we have learned that most people are good people. Judging on appearance is futile: people all over the world share the same anxieties, joys and feelings as you and I.

A Hell’s Angel motorcyclist approached us in Texas and, although we were initially cautious, he turned out to be an environmental lawyer, keen to recommend his favourite BBQ joint.

A veil-clad woman in Iran revealed that she was pregnant but was unable to tell her father as the thought of his (married) daughter having sex would freak him out too much.

A Greek monk dressed in flowing robes and with a beard even more impressive than Tim’s approached us with a serious expression, before handing us two giant ice creams by way of greeting.

A rough-looking man cleaning public toilets in New Zealand gave us an in-depth analysis of the mixed member parliamentary voting system, much to Tim’s delight.

Policemen everywhere have been a safe bet. Georgian police took us home for breakfast and vodka shots; Iranian police got so carried away with taking selfies that they forgot to ask for our passports and had to return later; Thai military offered us water, chocolate and money; Malaysian police let us sleep in a prison cell and American police gave us coffee (but sadly no donuts). 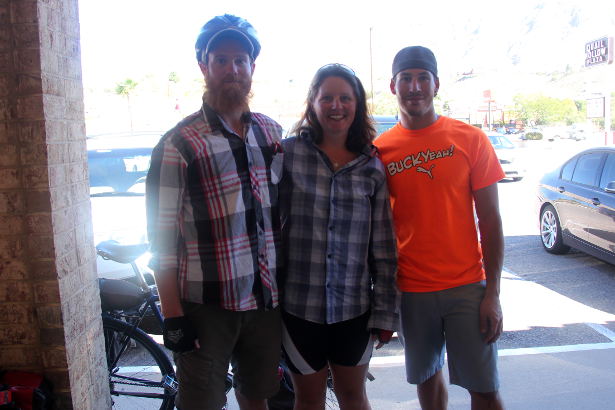 All of these people initially appeared mysterious, intimidating or at least very different to ourselves. They all surprised us. If travel opens the mind, travelling by bicycle blows it wide apart.