Home Tim's Adventures Are we wasting our lives?

Are we wasting our lives? 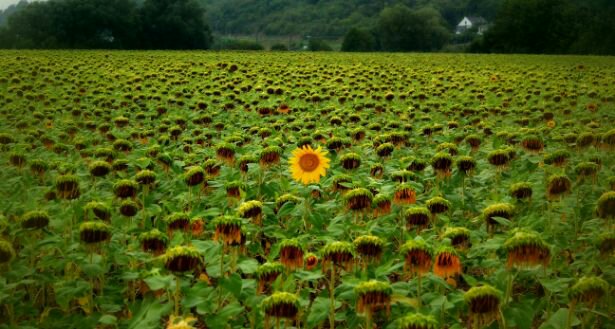 Now, this blog post is not going to be an angst-ridden piece questioning why I crave adventure. There are way too many of those articles out there and frankly, I don’t care about your existential quest for meaning so don’t expect you to care about mine.

Nor will I preach about how important it is to find a lifestyle you love. I have no idea what kind of lifestyle I would love. My life philosophy is based on this old Victoria Wood song, and I plan to try on several identities until I find something that fits.

I will also avoid any suggestion that one lifestyle is preferable to another. I used to hate sitting at my desk, reading blog posts from other people about how fantastic their life is now they’ve chosen to rollerskate across Antarctica or whatever and how they could never be tied to an office job. It’s patronising and ignores the reality of most people’s lives, commitments and pressures. Tim puts this better than I could in this article he wrote a couple of years ago.

What I do want to discuss is the elephant in the room.

What the hell are we doing with our lives?

We have an in depth knowledge of the biscuits offered by Turkish service stations but it won’t net us any certificates or qualifications. We have no idea what’s going on in the news. We haven’t made the world a better place. We don’t own a house together. We haven’t provided our parents with any grandchildren.

Let’s be honest. Trips like ours are a glorified holiday. Every time we hear that a friend back home has got a new job, has bought a house or is expecting a baby, a feeling of loss threatens to engulf me. Tim would call it FOMO, I think of it as envy, but either way, it’s the sense that we are just playing at real life.

I worked at a big law firm in the City of London for four years, and the day I told them I was leaving to cycle to Australia, two of the reactions I received were:

‘I hope you know what you’re doing’.

‘Well, as long as you’re prepared to be poor’.

In truth, I was expecting far worse. However much you might want me to confirm the stereotype of the high-billing, fast-living corporate zombie, driven by money and money alone, most of my fellow lawyers were surprisingly human and when I announced I was leaving, they understood exactly where I was coming from.

Cycling 15,000 miles may not have been the idea of a good time to many, but the principle of jacking it all in and waving goodbye to deadlines, drudgery and demanding clients (and colleagues) did strike a chord. Most of my colleagues were supportive and accepted the need to escape the suffocating environment of a high-pressure job. A couple of people even rang me up when the news reached them on the firm grapevine, to tell me how envious they were.

Even those who were a bit baffled by my life choices realised that it was something I needed to do. Perhaps they recognised that I never really fitted in to such a corporate environment. My boss described me as having ‘a whiff of the outdoors’ and I was advised in an appraisal to never again turn up to a client meeting wearing lycra (in my defence, it was only the station and I changed on the train before we arrived at their offices). I would turn up on Fridays with a rucksack full of outdoors gear, then roll back into work on Mondays, tired out and with bike grease under my fingernails. Even my official work photograph was testament to my priorities: having been for a swim in the Serpentine that morning with no time for a shower afterwards, my hair was full of duck poo and pond water. The photographer was fairly horrified at the state of it but there was no other option, and it remained on the firm’s website for almost four years.

So handing my notice in may not have come as a surprise to many people. However, as my colleagues’ words of wisdom demonstrate, a common attitude seemed to be that I was waving goodbye to a lucrative career as a City lawyer, closing the door on that particular option.

A few months later, Tim and I were sitting in a roadside cafe in Turkey, overlooking the Black Sea, chatting to two cyclists we just met coming the other way. Alex and Elsa are a French-Polish couple who met a few months ago when Alex stayed at Elsa’s house in Poland as he was cycling through. A couple of months after he left, she handed her notice in and joined him on his cycling trip. It’s a lovely story with, as they put it, an unknown ending.

As we warmed up with steaming bowls of soup, we discussed the life-changing decisions we all took in leaving our urban lives behind in favour of the open road. For Alex, it was simple: he had chosen temporary jobs purely to earn cash for his next trip so quitting was always his plan. Elsa had given up lucrative translating contracts to follow her heart and Alex’s bike, but was confident that she would be able to pick these up again in the future. Tim and I had both quit stable jobs in which we had been doing well.

We spoke about our common wish to seek out more than salaries and suburbia. A crisis of restlessness had enveloped us all, meaning we had abandoned our safe jobs and left behind our friends and families. Neither Tim nor I are sure what we will do when we get home, and in my case I am not confident that I want, or will be able to, pick up my career where I left off. Aged 30 and 31, we still fret about what we want to do when we grow up.

We are not alone in experiencing this phenomenon. Back home, several of my friends have recently made huge life changes, quitting ‘good’ jobs to return to studying, go travelling, or simply change career track. Members of so-called ‘Generation Y’, children of the baby-boomers, appear to suffer collectively from an early mid-life crisis once we hit 30. Typically, this crisis is characterised by a desire to seek more than a stable career and actually – how dare we – look for something that makes us happy (for a brilliant analysis of the problems this can lead to, read this article). Perhaps it’s driven by the feeling that this is it, time to grab hold of life, stop living out other people’s expectations and do something for yourself. The ultimate embodiment of this approach is Escape the City, a fantastic organisation whose core principle is that everyone deserves to do work they love.

However, one unspoken principle underpins this fashionable rhetoric.

We are the privileged ones.

Most people we’ve met on this trip, outside western Europe, tell us that they would simply not be able to leave their job and disappear for a year. In Greece, where youth unemployment is currently over 50%, people we spoke to looked at us in disbelief when we said we’d given up our legal and teaching jobs. In Milan, we were told by our host (who happened to be a recruitment consultant) that our decisions would make us unemployable. In places where paid work is hard to come by and one salary must sustain an entire extended family, the idea of freely giving up that wage voluntarily is entirely alien.

The only people we’ve met who would even remotely consider doing as we have done have been those lucky few, at the top of society in their particular country. These people, like us, have the cushion of relative wealth and education which means they could afford to take a break from real life in the knowledge that they can always return to it.

My friends who switch careers, friends who are adventurers, friends who choose study over work all have one thing in common: the liberty of choice. We have the freedom to pursue happiness, by virtue of the time and place in which we were born. If we struggle for money, it is often because of the choices we have made, be this in pursuit of adventure, a fulfilling career, or perhaps a lifestyle beyond our means. Of course, in some individual cases, decisions outside one’s control can cause hardship (redundancy being a particularly pertinent example over the last few years), but by and large, we are still the lucky ones.

Even my contemporaries who claim to be trapped by mortgages, kids or other commitments could still probably choose to earn their living in a way they choose. Even today’s graduates, struggling to find employment, usually have options, be it living off parental goodwill, seeking temporary jobs or working in McDonalds. This was certainly not the case for my grandfather, who had little alternative but to slog away in factories or driving lorries to support his family. Questions of ‘fulfilment’ didn’t come into it.

The majority of people who read this blog will have enormous advantages compared to the rest of the world. We have the luxury of choice. To most people we have met on this trip, giving up our good careers in favour of a year on a bicycle is madness, a waste of opportunity and unfathomable.

I’m not sure what I’ll do when I get home. I don’t kid myself that I will find the answer from the seat of a bike, but I still spend countless hours planning out future careers for myself. All I know is that I am blessed to have the good fortune to control my life.

Are we wasting our lives? I don’t think so, but then I have the perspective of privilege.

Tags: Cycling Around the WorldMorals & Values