Home Living Adventurously Book Review: There Are Other Rivers by Alastair Humphreys

Book Review: There Are Other Rivers by Alastair Humphreys 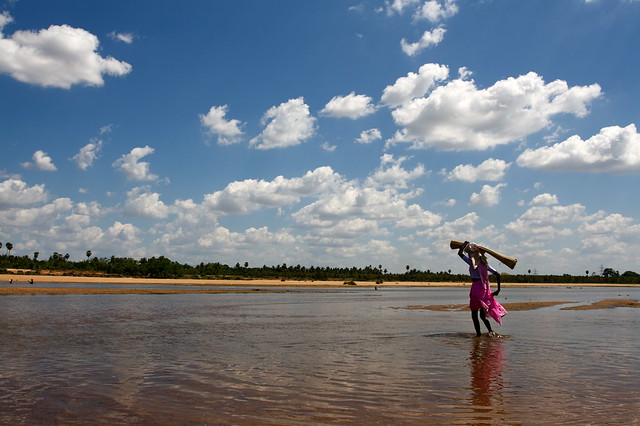 There Are Other Rivers is Alastair Humphreys’ fourth book for adults (he has a fifth book for kids). His first two were an account of cycling around the world and his third, Ten Lessons from the Road, distilled his learnings from that same trip. This book is a departure from his others not just in topic – it is loosely tied to his walk across India – but also in style.

He stresses from the outset that this is not an account of his walk. It isn’t. In fact, he summarises the whole journey in less than a page by simply quoting the Tweets he sent at the time, likening them to haiku. The story, what there is of it, is largely set across a single day of his journey. Undoubtedly he has amalgamated several weeks’ (years’?) events into this one day but, as he confirms in the epilogue, the events did all happen, just not necessarily in that order.

However, much of the book is not related to any single event or occurrence but more about travel in general. It is a pontification on the meaning of travel; the reasons that Humphreys goes on expeditions and the reasons anyone does. He talks about what drives him and about his own approach to travel, like the fact that the only planning he did was to print off a page from Wikipedia and the fact that he chooses to eat entire meals of plain rice when other foods are available.

I really enjoyed this book as I have all of Alastair’s books. For me, it marks a departure from the typical formula of going on an expedition and then writing about it – the results of which are often great expeditions but mediocre books – to a very well thought out and crafted book that just so happens to have followed an expedition. I think it was a very bold thing to attempt as a writer and must have been far harder to create than a linear account, but the results are good and I feel it carries the weight of a timeless piece of travel writing literature.

You can buy There Are Other Rivers on Amazon, Kindle, signed by the author and as a coffee table book or ‘mappazine’.