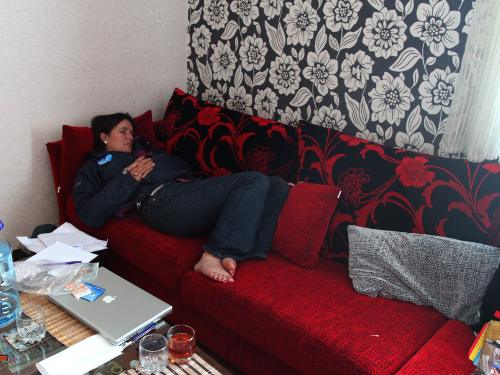 I suspect that many of you will already be aware of the website CouchSurfing.org or can at least guess at the principle.

It’s a network of people all over the world who are willing to offer cups of tea, showers and/or couches on which to crash. It operates entirely without the use of money – which suits me well. You can sign up to either offer a couch/coffee or just to find willing hosts for wherever you are visiting.

It’s obviously a very useful resource for backpacking, cycle touring and the like, but also a good way to find locals in some of the more obscure reaches of the world. I used it, for example, to find someone that could help me with an expedition to Khabarovsk in the Russian Far East after Google failed to throw up any results.

I’ve no affiliation with CouchSurfing and I am sure there are other similar networks – please do add them in the comments below – but I thought it was something about which it was worth spreading the word.