Cycling around the world is not what would you expect 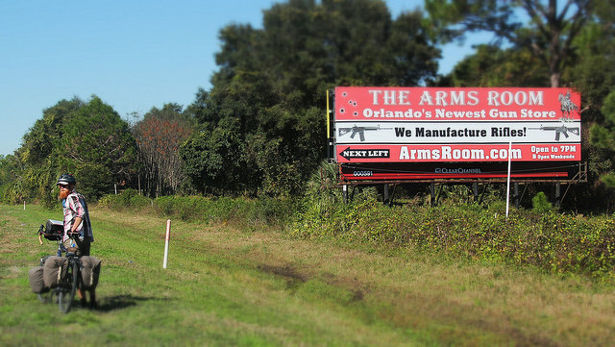 Life rarely brings what you expect of it. And cycling around the world is no different. How could it be?

From our desks in London, how could we have imagined the places we’d see and the people we’d meet?

We could never have predicted entering a stranger’s house and finding it littered with ammunition, gun parts, shotguns and semi-automatic weapons, nor that said stranger would make a mean souffle. If you’d asked me if were going to Korea I’d have laughed and said ‘Have you looked at our map? It’s not exactly on route.’ But, I’ll tell you what, they’ve got the best damn cycle lanes in the world and some pretty good food to boot. And dogs, who knew that the world over they hate cyclists so much or that really it’s the chase that gets them exorcised and all you need do is stop cycling?

People told me that people were kind to people travelling but it’s hard to believe until you see it for yourself. The Albanian family who kept shaking their heads when we asked for help yet proceeded to act with kindness until their English speaking daughter explained that, in Albania, shaking means yes and nodding no. The Greek monk with his long robes, long beard and long beads, looking terribly serious until the moment he presented us with two giant Cornettos and a big grin. The Turks with their hot, black tea and never ending delicious dishes, inviting us into their homes, night after night after night after night while our tent lay unused at the bottom of a pannier somewhere. The Bhuddist monks in vibrant orange, playing on Facebook and hooking us up to temple wifi. The Texan sheriff who kept his little town safe from drug dealers and us safe from the elements in his spare room, complete with well stocked DVD player. More than half of all nights on the trip we slept in the home of a stranger. So let me tell you now what they used to tell me: people are good.

I suppose I could have guessed that I would crash at some point but not in the first week. And not at 1 mile an hour. And not that it would involve a spontaneous commando roll from the saddle of my bike onto the muddy floor in which my tyres had got stuck. My next crash, on a 30 mile an hour descent of a Macedonian hill through a pot hole and gravel would elicit nightmares after the event but certainly not before.

I also never dreamed that the world could be so beautiful. Armenia, I cursed your hills on my bike but I loved them all the same. India, I can’t mention your colours for fear of being predictable but they really were rather good. Georgia, your architecture is as whacky as your alphabet and all the better for it. Vietnam, you are chaos and you are wonderful. And we all know America for so many things but it’s easy to forget that it’s a big country and a beautiful one too.

We might have envisaged encounters with the police but probably not that they might occur in an Iranian nuclear facility. And certainly not that the main area of interest from said police would be which particular British football team we supported and our thoughts on former Manchester United manager Alex Ferguson. If we’d pictured being flagged down by armed police shortly after yet another military coup in Thailand, the image probably wouldn’t have involved so much back slapping and the exchange of electrolyte replacement drinks on such a sunny day. And if you’d told me we’d spend a night in jail, I might have been horrified but, knowing as I do now, that it came as an open invitation to avoid a soggy night in the tent, I can see how welcome it would be.

Cycling around the world is not at all like what you’d expect. How could it be?

This article originally appeared on the Brooks England blog. Read about our cycling trip here.