Cycling from Cornwall to Scotland 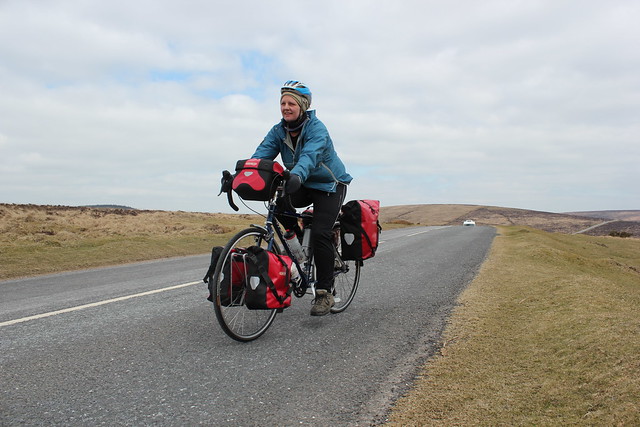 Laura and I have just returned from Edinburgh having cycled there from Plymouth. I had some trouble with my website whilst we were away so here is an article that should have gone online last week (you might have seen it on my Light My Fire blog):

1,000km from Devon to Scotland. That’s the plan for our first little training trip.

It’s less about training in any physical sense – we’ll get fit as we go – and more about giving ourselves a little test before we set off on ‘The Big Trip’ this summer.

Check that we really do want to spend all of that time in the saddle. Check that the reality is as much fun as the dreaming. Check out the various bits of kit we’ve acquired, see which glove combinations work best, what underwear’s the least uncomfortable for day after day of pedalling, practice our tent routines and get to know our bikes.

But also, it’s about having a bit of fun.

The planning was, as ever, minimal. We booked one train to Plymouth and a second train back from Edinburgh two weeks later. We reasoned that we could happily make the ~600 miles in between in that time and left the rest to chance.

It’s been colder than we’d anticipated when booking those trains tickets all those months ago. And the UK’s prevailing southerly wind has decided to do an about turn and drive into us head first which has made for slow progress and a tiring experience.

But, one week into the trip, it has already been a great adventure. We’ve cycled through five-foot snow drifts, swum wild on a whim, camped in a wildlife reserve, been invited into people’s houses, climbed hills that stretched further than our eyes could see and descended them faster than our minds could process. We’ve followed beautifully serene national cycle routes, winding their way through the countryside without much thought given to miles and hours, and got our heads down on busy dual carriageways, clock watching and racing against time. We’ve enjoyed the unique deliciousness of food served hot inside a tent at the end of a long day’s cycling and the relative indulgence of a hot tea served within the shelter of a cafe.

In short, these eight days have provided a microcosm of everything I would hope a world tour will be. Another week will – touch wood – see us arrive in Edinburgh. Another four months will see us depart the UK…