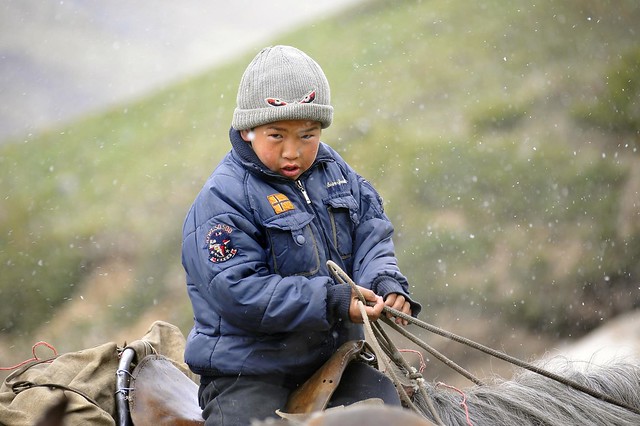 Last week I posted a Twitter update with a link to an article with the tag line: “Dressing up an expedition as a charitable act is just plain wrong“. It opens with this:

The next time some would-be adventurer tells me he’s doing an expedition to raise money for a cause, I’m finally going to say what I’ve been choking back for years: “You’re not going on your trip for charity, you’re going because you want to. Stop pretending to save the world and just go.”

Some kind of fundamental dissonance kicks in when hedonistic adventure gets slathered with pretend altruism. A typical fundraising pitch might go something like this (details changed to protect the guilty): “My goal is to raise money for charity X by becoming the Youngest Saskatchewanian Woman ever to climb Mount Everest.” Right off the bat this hits Level 3 on the B.S. scale…”

Chris Goodman ‏@EnglishChris75 Potentially true. BUT, is using an expedition as a way of raising money for a charity wrong?

Frank James Spear ‏@FrankSpearCycle agree with Chris, who gives a damn about motivation? It’s a win win for the perpetrator and the charity of their choice

Alex Hibbert ‏@alexhibbert A very welcome bonus and motivator but often falls short of being the actual purpose. Mike Horn has a great quote on this..

Chris Goodman ‏@EnglishChris75 if you’re doing something that is an opportunity to raise money for charity, then I think it’s good to do it. You’re just using it to raise awareness and give people a reason to donate, when they might not otherwise.

Andi Craig ‏@AndiCraig84 Glad somebody brought this up.I certainly can think of examples on both sides of the argument-some ppl are very guilty of it

Steve Cayford ‏@secayford “I’m going to raise money for literacy by getting donations to go to a movie.” How is that different other than scale? Then again, there’re all sorts of ways to encourage charity and make parting with money seem more interesting. Human nature.

Sarah Fowler ‏@The_Fowlers We did the #PCT primarily as a personal challenge and were very open about that… BUT also saw it as an opportunity to raise money for charity. Voluntary orgs are having a very tough time so why not?!

Reuben ‏@ReubenHutton For me, articles like this help clarify the path of one’s ambitions, and guide away from the paths of others’…

Expeditions that get their charity to contribute to the exped cost are misguided. Otherwise I don’t see an argument against.

Richard Boxhall ‏@richardonabike Charity benefits, adventurer may have a bit more fun…… Who does it hurt!?

Personally, I didn’t much like the tone of the article. I thought it was unnecessarily negative and mixed its arguments. For example, he makes several side swipes about guided expeditions and those with convoluted premises which gives the impression of someone who is angry about a whole sector of the expedition industry rather than the specific point about using charities for your own advantage.

I do think that some expeditions are guilty of milking tenuous charitable claims primarily as a means of furthering their own aims. But, for the most part, that’s not the case. At worst the charity gets bolted on  as an after-thought which is still better than nothing, and at best the charitable aims are rooted in the best of intentions with hugely beneficial results for the charities involved.

And even in the minority of cases that might cynically leverage a charitable link, although it sits uncomfortably with me, some would argue that it’s still a win-win scenario.