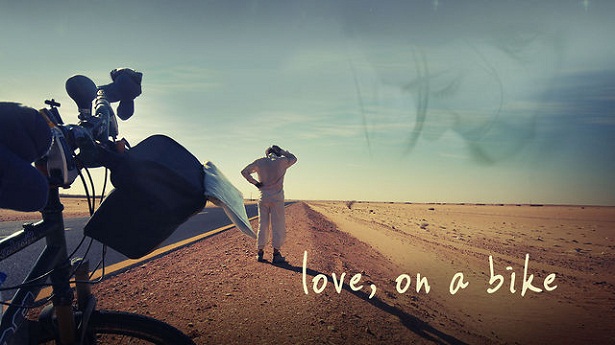 A movie about a guy cycling around the world, filming himself with a video camera does not sound like the perfect recipe for 90-minutes of cinematographic entertainment but the reality is that Janapar is a masterpiece.

Tom Allen spent 4-years cycling all over Europe, Africa and the odd bit of Asia. He carried a small video camera and set about the task of capturing his journey on film.

The first thing to stress – and the reason that this is such a great film – is that it is not an “adventure documentary” or “expedition film”, it’s aimed at a wide and non-adventure audience, and it hits it target. This film will have broad, mainstream appeal and will be enjoyable whether you ride a bike or not. As Lance Armstrong said: it’s not about the bike. But to say more would be to give away too much.

One particular aspect that kept me in awe whilst watching Janapar is that for every single scene, Tom has personally set up a camera:

When you see him struggling at his lowest moments, he has found the energy to get it out and hit record. In the awkward tension-laced exchanges with his best friend, Tom has kept the film rolling. And when he cycles into the distance and a headwind, or winds his way up a steep mountainside, you know he has had to cycle back, pick up the camera he left on a tripod at the side of the road and pedal onward again. This unspoken determination speaks volumes about Tom and the film.

Finally, the greatest strength for me in Janapar is the honesty. Months and years travelling alone, talking into his camera, you feel like you really get to know Tom and it is impossible not to like him. He lays out his thought processes, his feelings and his struggles in raw form without any attempt to add gloss. There is no hyperbole-ridden voice-over or the exaggerated melodrama you come to expect when most “adventurers” get on TV, just Tom, his bike and his video camera.

Janapar is a remarkable achievement, a life affirming story and a wonderful hour-and-a-half’s viewing. I can’t recommend it highly enough.

You can watch Janapar online, download it or buy it on DVD. It’s also available from Amazon.co.uk and Amazon.com. 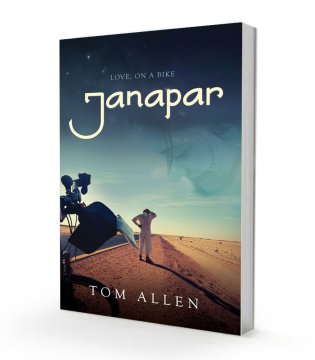 In addition to the film of Janapar, Tom has written a book about his experiences.

I feel like I have quite a connection to this book. Tom was writing it at the same time as I wrote mine. We often shared office space in the halls of the Royal Geographical Society, would meet in the winter mornings for an icy dip in the Serpentine and then spend the day typing side-by-side (or distracting each other with daft things on the internet).

I read a full-length early draft of the book (which was great), gave some thoughts and subsequently read the full-length finished product (which was even better).

As I wrote above, a super-human effort must have been made to capture on film everything that he did and no less effort was put into this book. I know that Tom went through multiple drafts, variations and edits in the process of honing this book to what it is now and it shows in the final product.

It’s a wonderful story told honestly and engagingly and provides an excellent accompaniment for the film.

Janapar the book is available on Amazon.co.uk and Amazon.com.