Home Advice Articles How To: Climb an Unclimbed Mountain

How To: Climb an Unclimbed Mountain

THIS ARTICLE: Will show you how to find mountains that have never been climbed. It takes you from the key factors for identifying potential first ascents to how you going about confirming your suspicions. It is aimed at those with a degree of expedition experience but not necessarily technical expertise.

It is based on a excerpts from my full ebook of the same name: How To Climb An Unclimbed Mountain eBook. 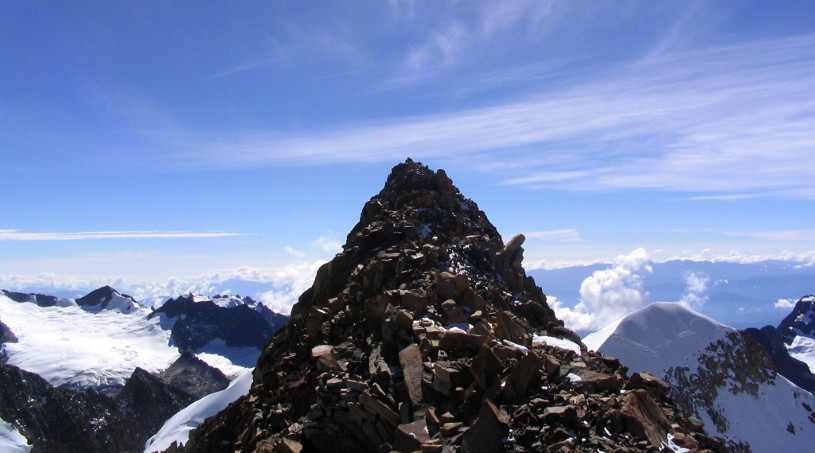 Get the Complete eBook

A fundamental appeal of many expeditions is the idea of exploration. Discovering an ancient kingdom, exploring an underground cave system or simply placing a foot where none has gone before. The truth in the twenty-first century is that this is an increasingly rare element – Everest and the Poles, each the holy grail of exploration at some point in history, have all now been reached hundreds of times.

But there are still mountains out there that have never been climbed. Huge mounds of rock that have not had a single human being present on their summit. And you know what? They’re not that hard to find and they’re not always too difficult to climb either.

How do I know? Because I’ve run three of my own expeditions with the goal of making first (or first British) ascents, and I am neither an expert on mountain ranges of the world nor an expert mountaineer.

Here’s how you can go about finding them…

In my mind there are two distinct types of unclimbed mountains: There are the ones that are really difficult and which have eluded the world’s mountaineers through their technical complexities, dangerous conditions or complicated access. These are fewer and further between (more common are “new routes” up previously conquered peaks) and, by their very nature, require a significant degree of expertise. It is for this latter reason that such mountains will not be the focus of this article.

The second type, however, are the ones that have never been climbed simply because no one has been there and had a go yet. We’ll explore the reasons for their virgin status later but it is this cohort which, with the right research and preparation, is open to the enthusiastic and well-prepared amateur.

How to Find Them

To the best of my knowledge, there is no database listing all the unclimbed mountains in the world (or climbed ones, for that matter). Sorry. If that’s what you came to this article looking for then I apologise for wasting your time.

But, personally, I think that is the beauty of the challenge. Where is the exploratory spirit in simply picking a name off a list? Keep reading and I will make it easy for you to find the mountains yourself but I won’t make it a brainless and lazy box-ticking exercise.

As such, rather than give specific ranges or areas in this article, I’ll just refer to the places I have visited personally (see below) and give some possible examples that can you research yourself.

My first-ascent focused mountaineering expeditions are: 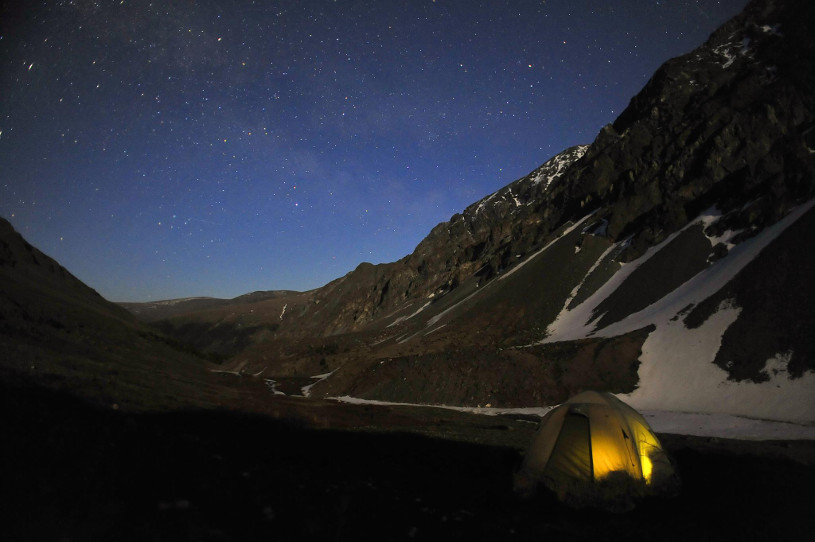 What to Look For

I’m not giving you a list of peaks to pick from but I can tell you where to start looking. These are the three key factors that I look for:

If a mountain is easily accessible – say, within a day from road to summit and back again – then it’s probably been climbed. You needn’t travel to Antarctica or spend a week trekking through the Andes but look for somewhere that’s at least a little way from populated areas.

Our base camp in Kyrgyzstan took a 5-hour jeep ride and 4-day trek to reach (the latter could have been cut out with a helicopter) but in Russia it was only a long day’s walk from a village accessible by bus or taxi.

Look for ranges that are a little off most people’s radars. I stumbled across the Altai on Google and it piqued my interest because I’d never heard of it and, when I asked around, nor had anyone else.

Compare the number of ascents on Ben Nevis to its closest neighbour* and I bet they are separated by a factor of ten if not a hundred or more. The same goes for most other places in the world. A mountain gets a name for being the biggest, best or most beautiful and everything else gets neglected.

We selected the Quimsa-Cruz in Bolivia specifically because it was the smallest and lowest of the four ranges in the country. It should not come as news to you that even in the range of all ranges, the Himalayas, there remain many mountains that have yet to have a flag planted at their zenith.

Find somewhere popular then move your finger a little further across the map.

*Don’t know it’s name? Nor did I. “Càrn Mòr Dearg”. (And I think that illustrates my point).

3. A political back story

A key reason for there being so many yet-to-be-conquered hills on my visits to Kyrgyzstan and Russia is that it was not until the early 1990s that they became readily accessible to the rest of the world following the collapse of the Soviet Union.

Many mountain ranges sadly lie out of reach due to their proximity to conflict areas but do a little digging before you dismiss a country on reputation alone.

For example, a friend of mine, Mark Kalch, recently walked across Iran on his own and several expeditions ventured into a quiet area of northern Afghanistan last summer. I am not advocating entering a dangerous region for the sake of bagging an unclimbed mountain (and, for the record, I have no idea if either of the above countries have any) but conduct a little research before you rule somewhere out. 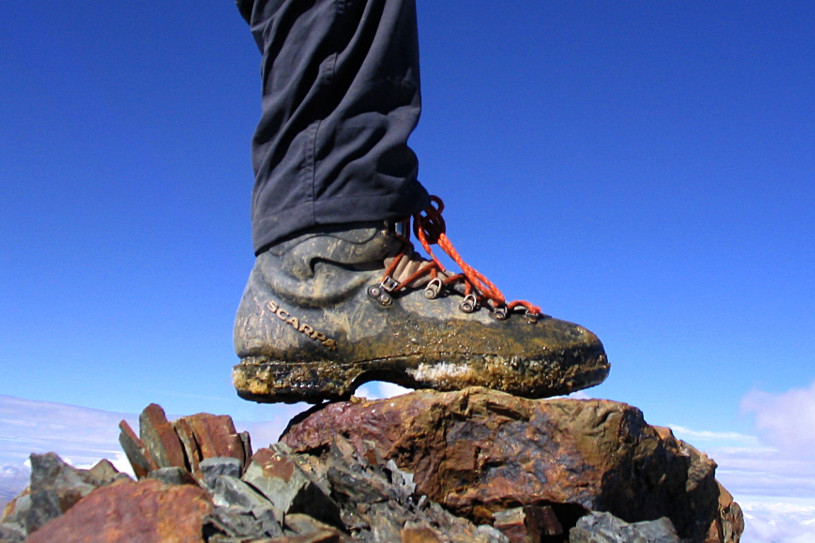 Excerpts from this article and the accompanying book have appeared on several other websites and publications, such as the BMC’s Summit and Trail magazines. Read more…

How to Test Your Hunch

So, you’ve found somewhere that looks a bit remote, has a prettier sister and a bit of politics, but how do you know if anyone’s climbed there or not?

It’s obvious but that doesn’t mean it’s not a brilliant tool.

Search for any expeditions in the region and get in touch with their organisers. Remember, however, that it’s only in the last 10 years that every expedition has a website, Twitter account and Facebook group. Look also for tour companies to see if they can recommend any quiet areas or at least steer you away from the popular ones.

The Royal Geographical Society has an excellent Expedition Report Database that you can search online.

Find anyone who’s been to your area or close to it. Read their reports. Plot their locations on a map (Google Earth, perhaps) and see if they tend to cluster around the honey pot areas. Do they mention any peaks they failed to get up or any attractive neighbouring regions they would have liked to explore if they had more time?

And don’t forget to look for the contact details in their report. Everybody likes talking about adventures past.

Here are a few sources that might be worth trying:

Despite the boolean nature of our subject matter (climbed/unclimbed) there is no exact science to this and it’s possible that you may never know the status of your mountain;even after you’ve posed on its summit with an ice axe and Union Jack.

Bear this in mind throughout your communications. Is the in-country agent just telling you they’re unclimbed so you use their services? Does the guy who climbed in a region 100 miles away 10 years ago really know that the whole area’s been climbed already? Canvas far and wide and don’t rely on a single source.

If you’ve cleared these hurdles and the trail is still warm then you are closing in on your prize.

More resources and sources of unclimbed mountain information can be found in my book: How to Get to the North Pole (and Other Iconic Adventures). 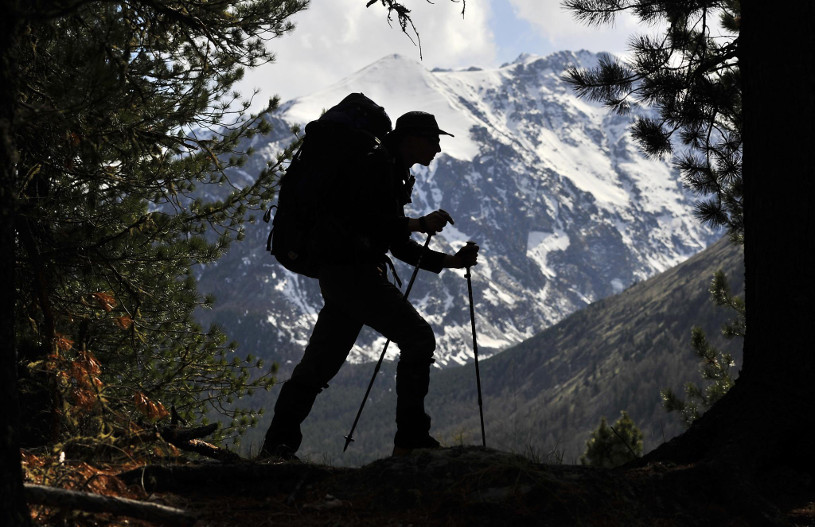 How do you know if they’re climbable?

It’s all well and good finding some remote peak that no one’s ever seen, let alone summited, but how do you know that you’ll have any chance of getting up it?

Well, It’s quite likely that by this time you will have found someone with a bit of knowledge about the area you plan to visit. But, realistically, you are unlikely to know for certain what is involved until you get there. Again, this is part of the reason it’s called exploration and, hopefully, adds to the excitement.

However, unless they are all above 7,000-metres or you’re expecting temperatures in the minus forties, don’t get too hung up on this. If you take any cluster of mountains you will find routes with a range of difficulties. Pick a base camp with access to a dozen summits and the chances are that you’ll find some that are at the right level for you.

If you’ve got this far then it sounds like you have an expedition to plan (keep an eye out for a ‘How To’ on expedition planning in the near future) so book some time off work and remember to pack your flag.

Glory awaits you on the summit of a previously unclimbed mountain.

I hope you enjoyed this short teaser article. For a full chapter on climbing unclimbed mountains and a guide to six other classic expeditions, why not get the book? Read more…

How to Climb An Unclimbed Mountain

With contributions from legendary climbers: