The Language of Polar Expeditions 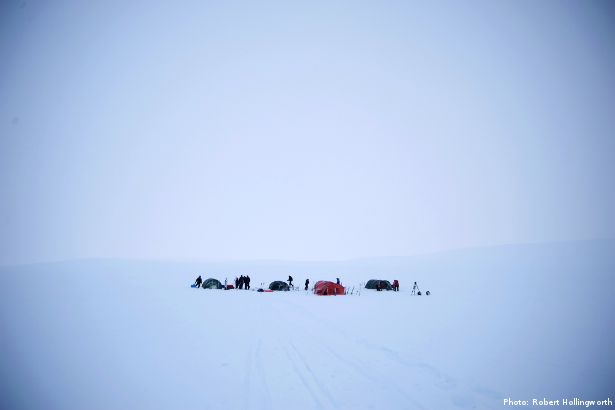 Polar expeditions almost have a language of their own. Below are a few key terms that will help put Arctic travel in context:

Last Degree – The distance between the 89th degree of latitude and the 90th where the Geographic North Pole is located.

Full distance – Expeditions that start from land and finish at the Geographic North Pole.

Barneo – A temporary Russian base that is set up every year on the sea ice about 60 nautical miles from the Geographic North Pole. It has an ice runway and helicopters at its disposal and is thus used as a stepping stone for many expeditions. Sometimes spelled ‘Borneo’.

Sea ice – The frozen ocean which you will be walking on for the majority of your trip.

Leads – The stretches of open water that appear amidst sea ice on the Arctic Ocean.

Pressure ridges – Large blocks of ice that rise up from the pressure of the moving sea ice.

Nautical miles – The standard measurement for travel at sea is also used in the polar world. It is equal to 1.15 miles.

Unsupported – An expedition can be called this if it works under its own steam (e.g. walking or skiing) and does not use any aids like dogs, kites for wind support or motors.

Unassisted – An expedition can be called this if it is entirely self-sufficient and does not use external help such as having a plane drop off supplies. The term ‘without re-supply’ is often used too.