Home Living Adventurously The Most Boring Person in the World

The Most Boring Person in the World

Last year I received an email from Jens O. Meiert about the Everyday Adventures campaign I ran a few years ago. Independently, he had written a book called 100 Things I Learned As An Everyday Adventurer. So it seemed like a good idea to get in touch. Today Jens is taking over the blog to write about a new mindset…

The Mindset of Trying Everything 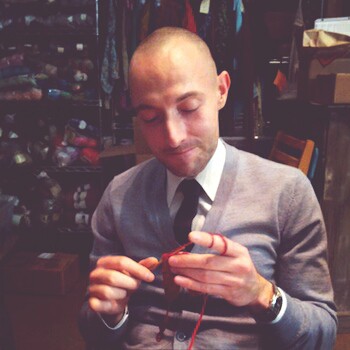 I still have the voice of my girlfriend in my ear, repeatedly asking, “would you like to join for snowboarding this weekend?” I declined, instead growing my civilization to a hundred million in the classic game from Sid Meyer. Somehow these had to become two hundred million. I declined to join—and to challenge myself—on many weekends, and many occasions. It was as if leaving my homely comfort zone would deliver a fatal blow to everything I liked to do, maybe my life.

And so I was, I noticed only later, the most boring person in the world.

But, somehow, the repeated questions had an effect. When I moved from Switzerland to the United States it was like I switched… frequencies or something. All of a sudden I began to pick up on things that I could do in this still-not-exactly-infinite free time of mine. And I began to give in to these hunches. Skydiving. Motorcycles. Horseback riding. Security guard training. Filmmaking, pretending.

What this set in motion is something I still keep thinking and, evidently, writing about. I became actually excited about trying new things, and just as it made me excited, it made me meticulous, and maybe even obsessed about it. I had developed a new mindset: the mindset of trying everything. I built a foundation for it so that it couldn’t just collapse under my newfound self-understanding: documentation. Notes, notes about what I wanted to try and what I had tried. And I kept on moving ahead, first cautiously, then enthusiastically working my way through a whole world of things to probe and test and play with.

The mindset of trying everything, as first hinted at in a brief how-to, consists of two things. One is being open, and prying, forcing, keeping yourself open all the time. As I wrote in said post, “the moment you hear about something new, you must stay open, you cannot discard it.” The other, then, is being organized, and disciplined about it all. No matter how good you are at remembering things, you want to adopt the positively-crazy attitude that forgetting something you haven’t done yet would be the worst thing, ever. And so you must take notes, on paper or on screen, on what you want to do, and also what you have done.

These being the pillars of the mindset of trying everything, which had its humble beginnings with a not-entirely-masculine “mani and pedi” session (try it, with one of your girlfriends), grew into more and more and more and more trying of, everything. The whole thing got so out of control that I felt an urge to share some of what I had learned in that time—in 100 Things I Learned as an Everyday Adventurer.

You, however, are hopefully not as dull as I used to be; and neither may you need a transcontinental move to wake up. The point is, trying new things can be learned and cultivated into a mindset, and with that mindset we can bring a new quality of living into our lives. Whether we end up putting numbers behind everything we do and use it to fill up our websites or tumblogs, or our Google+ and Facebook profiles, that may still be up for debate. But as Tim for good reason suggests here: live adventurously, as that’s how we grow. And the mindset of trying everything is one device in our toolbox.

Jens is currently traveling the world. Say hi on Google+ or see whether the web development, adventure, philosophy, and arts stuff on his website is of any interest to you. You can buy his book on Amazon here and read about my 2010 Everyday Adventures campaign here.