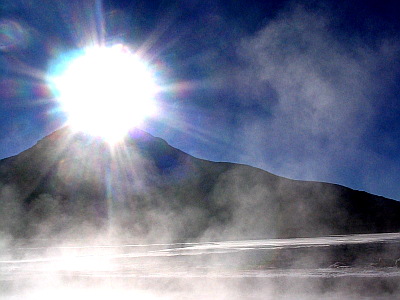 There’s no such thing as a split-second moment of inspiration or a lightning strike, flash bulb of an idea. At least, not for me.

Instead, there’s a kind of slow creeping realisation. A subtle epiphany that strikes with the alacrity of treacle off a spoon.

My train’s due in 8 minutes.

Not so soon that I have to rush but not long enough that I’ll get bored hanging around or start to shiver in the November chill. The platform number’s not displayed but it’s always between 1 and 3.

I don’t even pause to think. Just keep walking.

As I reach the other end of the station, the screen updates: ‘Hampton Court, Platform 2’. I maintain momentum through the barriers to an empty platform and continue to the end without slowing.

You see, Hampton Court, my destination, is a terminus which means that by walking to the end of the platform now and boarding the front of the train, I save time at the other end. And, as predicted, the train pulls up just as I reach the far end and I board without so much as breaking my stride.

Now, in this moment, the world revolves around me.

Doors open, people step to one side, time adjusts and trains arrive. For me, and no one else, the world functions. This is my moment. This is my epiphany.

I want to kick something.

I want to smash my fists against the plastic windows of the carriage and roar at the top of my lungs. I want to grab the nearest person and ask them, no, tell them that we are alive. This is life and we are living it right now.

I haven’t got my laptop with me. I haven’t even got a pen. Stupid! What kind of writer doesn’t carry a pen? What kind of ideas man has nowhere to record his ideas? I wonder if writing thoughts into a mobile phone is genuis or pathetic.

I may be tired and I may be hungry but these are ephemera. What’s eating me are the combined forces of jealousy, inadequacy and inspiration. Seems an odd combination on paper but that’s what it is. The feeling of meeting the very people upon whom I paint my picture of perfection. The idols. The ones to aspire to. Fantastic! These guys are doing what I’m trying to do.  How cool! But they’re doing it really well. Much better than me in fact. They’re making it look easy and suddenly I feel less like a hero and more like an outsider.

Time to think. Time for action.

The train’s in motion now and my phone says it’s out of memory.

I think that was it. My epiphany.