Home Next Challenge Grant Running from Italy to England

Running from Italy to England

Six years ago, Dan Keeley was diagnosed with bipolar disorder and experienced a dangerous manic episode whilst in Rome.

Six months ago, he went back to Rome to exorcise his demons, which he did in remarkable style by running over one thousand miles back home.

Dan’s trip was supported by The Next Challenge Grant, an annual bursary for aspiring adventurers.

Rome to Home: A Mental Adventure 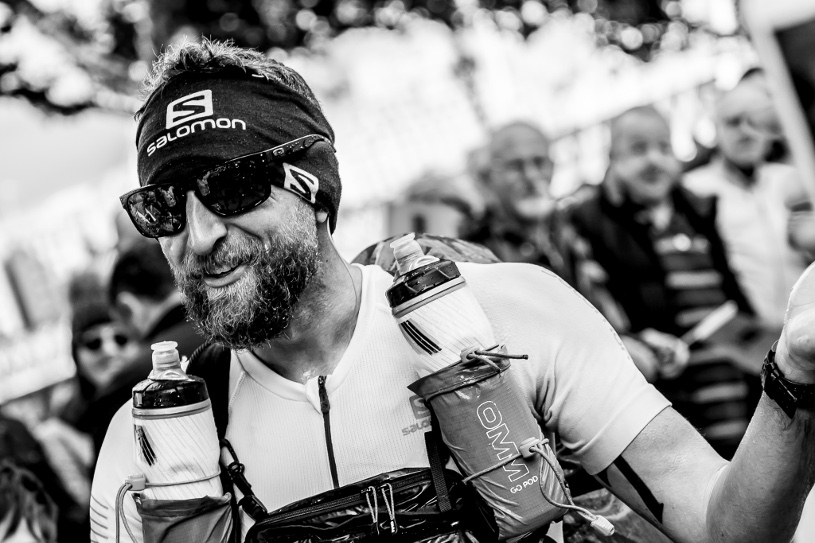 Stick with me Next Challenge Grant Super Fans, this may get emotional.

Six years ago, at the age of 27, I was diagnosed with Bipolar Disorder. I experienced a full-scale manic episode in Italy, one which had me preaching from the middle lane of a major motorway at rush hour.

That was followed by time spent in psychiatric wards and facing the next six months in a crippling state of depression, which had me wanting to take my own life.

My mind took me from having 100% conviction in every atom of my being – believing I had the answers to ease all suffering going on in the world – to feeling like the biggest burden on society and all those around me. I wanted to end it all.

Now, thanks to so much love and support and patience and kindness and a generous little grant from you bunch of rockstars, I’m writing these words six months on from having completing the biggest achievement of my life: I returned to Italy and ran 1,250 miles from ‘Rome To Home’.

Gutted you missed the official start of #RomeToHome live from the Colosseum? Well you're in luck. Enjoy! #RomeToHome @theCALMzone x pic.twitter.com/GicoaEP7V7

I ran solo and self-supported, using the journey as a huge platform to share my story and keep more men alive by talking.

We did it. The adventure came to life with more colour and beauty than I ever knew could be possible. We did it.

Arriving in Viareggio be like…! With so much love from the coast Dream Team! #RomeToHome #Viareggio #Adventure pic.twitter.com/49e27CSHF1

Pinned to my bed for weeks on end back in 2012, I never could have imagined that five years on I’d be fully alive and living out this adventure of a lifetime.

Through the three years it took to get my medication right, I never could have imagined the incredible sense of gratitude I’d experience towards every single person who’s supported my journey as I reached the top of the Great St Bernard Pass and dropped down towards Lake Geneva.

During those times where I lost all hope for the future, with no sense of self-worth or direction, I never could have imagined how much inner-strength I’d be gifted with and how clear my vision was as I headed towards Paris.

Arriving at the top of the Great St Bernard Pass be like…!! Thank you for your kind & generous donations via https://t.co/jHZwMygzYU x pic.twitter.com/M35hEI8VKW

And through all of this I never could have predicted how overwhelming the welcome home was going to be at the London Eye, 65 days after setting off from Rome, surrounded by 150 of my closest friends and family, caped in the Union Jack, soaked in champagne and celebrating this huge team effort with every single person who connected with my journey and contributed to the £15,000 raised for CALM (the Campaign Against Living Miserably).

To thank you for your support for over 1000 miles, here's something special for you!! Enjoy the full video over @ https://t.co/49AElIRv5q x pic.twitter.com/I7wOVFQmn9

Rome To Home was truly life-changing and hopefully a beacon of hope to anyone who’s suffering out there right now, that with the right love & support and a little vulnerability, we can overcome our struggles, together, and channel all our lived experiences towards incredible projects and adventures which not only set our souls on fire but make us all feel fully alive.

And now… I can’t wait to see where the adventure takes me next. 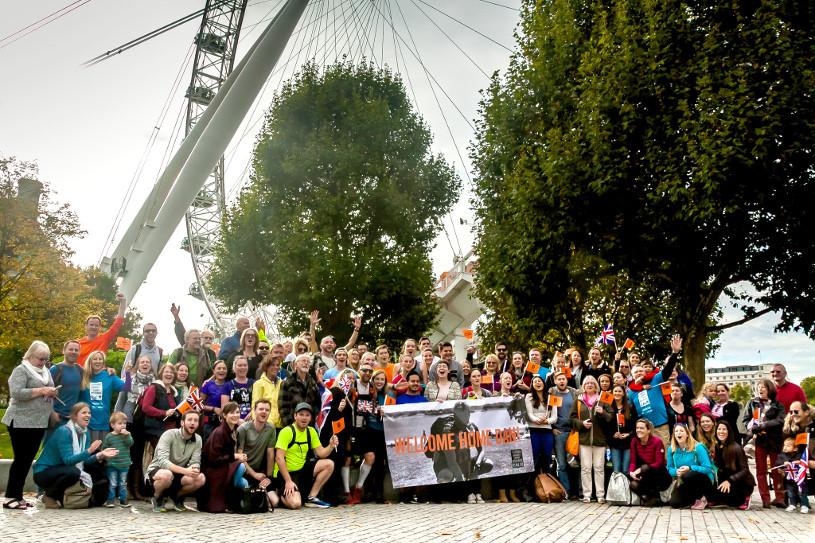 Dan received a £100 award and loaned equipment from The Next Challenge Grant.