Home Living Adventurously Say ‘No!’ to negativity – #2 It ain’t all bad 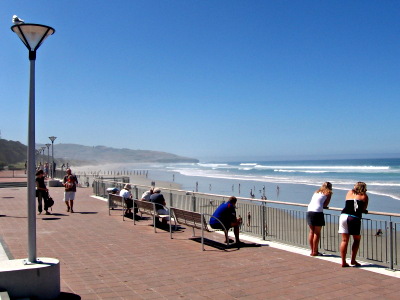 What annoys you on a daily basis?

What a pain in the ass! So what do you do? Clench your fists. Grit your teeth. Curse under your breath (or maybe just curse). Let out an angry sigh of frustration.

Sometimes things are just a bit too much, catch you at a weak moment and get the better of you. But that doesn’t mean your default response has to be the same.

There’s a strange inheritance of “normal” reactions to these daily negativities such that the expected response to a minor inconvenience is one of frustration and anger. But we all know that’s not productive and it definitely isn’t going to make your day any better.

Something annoying happens – that’s done – but what happens next is of your making. Shouting, moaning, huffing and puffing – they all make us feel worse than we did before so why do them? Why not smile, roll your eyes, shake your head and have a little chuckle instead? If it ain’t the end of the world then don’t make it feel like it.

I know I’m teetering on the verge of being a patronising, self-righteous git here but over the last few years I’ve been making a conscious effort to take positives from nine out of ten occurences. Twist them around in my mind so that I can see the good side – running for the bus is fun, missing the first train means more time to read my book and cycling in the rain is an excuse to be a big kid. I won’t be so glib as to say that I now live a happier, more fulfilled life but I sure as hell laugh a lot more.

Am I alone in this or does anyone else find themselves smiling as their bus pulls away from them, chuckling when they pour mouldy milk on their cereal or dancing with glee when they get a flat tyre because it means they get to run to work instead?