The X-pedition Factor (or “In offence at celebrity expeditions”) 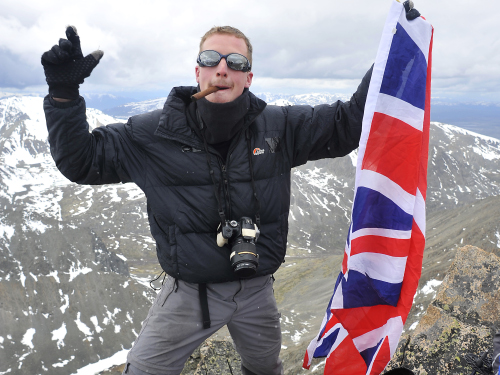 What is the toughest expedition in the world? And, more to the point, who cares?

Most dangerous this, hardest that, most daring ever such and such. There are times when a bit of hyperbolic showmanship is necessary and more appropriate than false modesty and, for the most part, I don’t have a problem with how other people brand their expeditions and challenges. It’s not how I’d choose to promote something myself but it doesn’t affect me.

Or at least I didn’t think it affected me until a TV producer told me that my idea for an expedition to the South Pole involving two people with disabilities did not have as much “peril” as a DJ walking up Kilimanjaro and therefore wasn’t as marketable.

I wrote recently in defence of celebrity expeditions in which I stuck up for their ability to inspire (inspite of nauseatingly exaggerated voice overs). So it was fitting that so soon after spouting my puritanical wisdom I was to be on the receiving end of the “X-pedition Factor”.

I’m accustomed to down-playing any achievements safe in the knowledge that there’s always someone doing something harder and that “adventuring” is a small world in which exaggeration and false claims won’t take long to catch up with me. So, when asked how dangerous the trip would be, I had assumed it was through fear of being associated with a high-risk disaster waiting to happen. Not, as it turned out, to be an assessment of whether skiing in Antarctica held as much of a dangerous thrill as a group of celebrities ascending Mount Kilimanjaro.

Televised and highly covered adventures seem to need to exaggerate the drama of any given situation with stirring music and overly enthusiastic commentary. That’s fine, I enjoy watching those shows as much as the next person. The only sad thing about it is that it threatens to detract from the rest of the adventurous community who prefer to keep it simple and tell it how it is. The result being that these truly great people doing such wonderful things may never reach such a wide audience because their style is not as instantly dramatic.