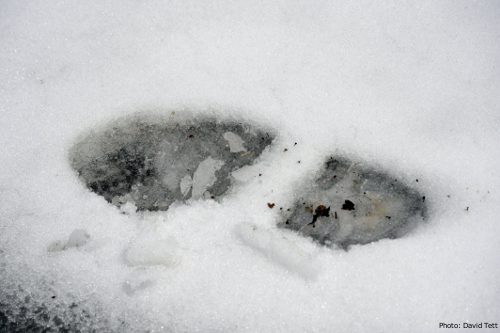 A cross between trail running and trekking, according to my pal Rob Cousins. Here’s a piece he wrote recently for Adventure Travel Magazine about his experiences with a small backpack and a fresh pair of socks somewhere near Annapurna.

As you run more and more, your training becomes a little more adventurous.  You’ll go a little further, run up a few bigger hills, maybe go left instead of right to see where you end up, knowing you have the stamina to get back.

I’d built my confidence on the long distance trails in the UK, spending weekends criss-crossing paths to make a circular trail.  I enjoyed the feeling of having what I needed in a small backpack, and able to go anywhere.  With this comes confidence to just run, and enjoy the places you’re in.

The UK and the Alps are very different to Nepal, and my trip here was an eye opener – I’d never seen hills this steep that go on for so long, even in the Alps.  The scale needs to be seen to be believed, and the Nepalis just seemed to breeze up and down the hills day after day.

To go to work they would run up hills that many a hardy trekker struggled to walk up.  From talking to people, trekking in Nepal seemed to be a slog up a monstrous hill followed by then a knee-buckling descent, repeated several times over.  No surprise that distances of 70km were considered a 5 day trek.  A Nepali would jog it comfortable in two.

Everyone returning from trekking had bright red faces, sore backs and a whole heap of kit in tow.  With loads of kit, moving really slowly, the view doesn’t change very much.  Then your morale dives because the hill just keeps on going and going and going.  I thought back to my first trip along the North Downs Way, with a 5kg backpack, enough to keep me going for 3 days.  Surely traveling light has its advantages here.

What would it be like to just run around the trails?  You see just as much, if anything more as you visit more places, the view changes a bit more often, and the bag is a little lighter too…  No need for it to be a race, just jog along at a comfortable speed.  Rest in the tea houses where I wanted to.  Eat in the cafes where I felt hungry.  Sleep in the bunk houses when evening came.  Make it as challenging as I wanted.  Or was I being simplistic?

I went for a short walk in the National Park, and looked at a lot of photos, so I knew what the terrain would feel like and how different it would be to what I was used to.  I wanted to gauge my ability against what I’d feel confident doing.  I didn’t need to be doing the toughest trail run the world had ever seen, I just wanted to do something that would be a challenge for me.

I had four or five days spare, and had no idea how I’d respond to the hills, the strength of the sun, how my nerves would settle as I headed off.  Four or five days, going maybe twice the speed of regular trekkers.  So that’s an 8 to 10 day trek.  Looking at the lists of treks, Annapurna Base Camp was perfect.  Uphill all the way there, a bit of altitude as it climbs to 4100m, and a jolly ride downhill all the way home.  I’d already walked some of the route, so had had a good taster of it too.

But was it really sensible to run up that high, with only a small time to acclimatize?  Was this whole thing really a sensible idea? 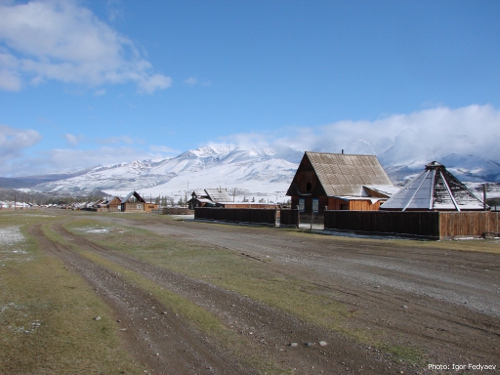 Speaking to trekking guides and agents also helped me understand what I would find, where I could eat, and they gave me a load of support too as well.  They were genuinely interested in what I was doing and so very supportive, which eased my nerves.  They also made me feel more comfortable about not taking a guide.  I could ask the way, they told me where the tricky navigation was, and I felt comfortable asking for help along the way.

I got on to packing my trusty KIMM bag.  I like it because it’s big enough to get everything in, but small enough to make me really question whether I needed each bit of kit.  Choosing my kit seemed blissfully easy – a spare change of clothes, a torch, a map, a camera and a toothbrush.  I knew I could eat along the way, buy water along the way, sleep in the tea houses, wash my clothes each night.  So that really was it.  Still I wondered if it was too simplistic.

I’d chosen my route, packed my bag, given myself the days, knew roughly where I wanted to get to each day.  All I had to do was start.  Easier said than done.  I was so nervous, I was worried I’d oversimplified it, I was disappearing off into the unknown with only 5kg of kit, and was searching for excuses to delay the start.  But on went the running shoes, and I forced myself out of the door.

Once I ran up the first of many rather steep hills, I realized I was on my way.  All of a sudden, al that was ahead was the path, a few stops, and Annapurna Base Camp.  I had begun, and I’d have to deal with whatever I found along the way, be confident in what I could do, and what I would find along the way.

It was liberating, the time to just get on with it and enjoy it.  And it really was a joy.  Entirely at leisure, no constraints, and I felt confident in my route, my tiny equipment, and getting by on what I found.  I found the simplicity a delight.  Four days later, I didn’t even know why I was so worried at the start.  The only thing I’d have changed would have been to pack an extra £10 so I had the freedom to go a little slower if I wanted.

The silliest thing I did was set myself these time limits and goals.  I needed some expectations, but sometimes I found they turned the run in to a bit more of a race, and that wasn’t what I set out to do..  I felt I had to reach these specific points, eventhough it didn’t really matter.  I suppose it was the nerves as I didn’t truly understand which bits would be easier than others: the path is steeper at the start, but as the altitude goes above 3000m a shallow slope can become very demanding.

But why bother?  Well, it’s not for everyone.  But it was a different and enjoyable way of getting some sightseeing done.  It was lighter, cheaper, more comfortable, and less touristy too. And it’s opened up my eyes to a different way of seeing the world.