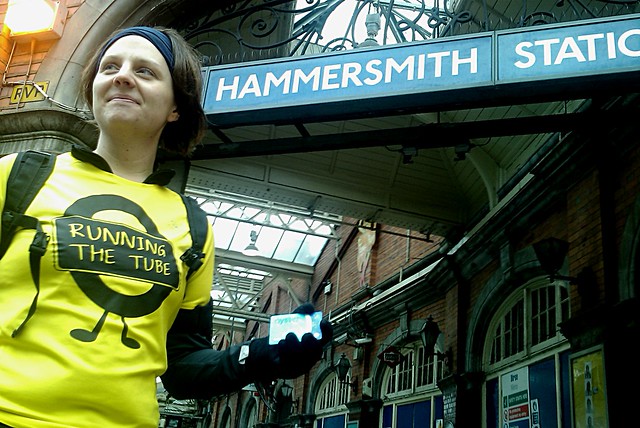 My friend Mike drew my attention yesterday to a website I’d not come across before: Harry’s Tube Runners.

It transpires that a chap called Steven Whyley took it upon himself to run some Tube Lines to raise money for Cancer Research after following the inspiring story of young Harry Moseley.

Steven was initially just going to run 19 miles around the Circle Line but Harry died shortly after the run so Steven carried on to run all 450 miles of the London Underground train network and raise over £20,000.

Hats off to Steven. It looks like he finished his run last summer but his JustGiving page seems to still be online.

My wife, Laura, and I ran the length of each London Underground line in 2010. Read more about Running the Tube here. We did each line in one day but weren’t as thorough as Steven who appears to have covered every branch and thus covered far more miles.

Stephen Wright completed a similar challenge to Steven Whyley in 2011, covering over 400 miles past every single Tube station.