What Adventures Are Left? 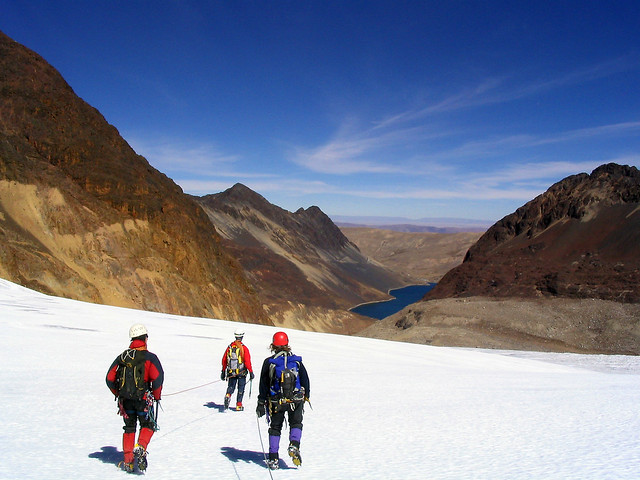 An excellent, thoughtful and well-researched article appeared on the BBC News website this week which posed the question: What adventures are left?

I would highly recommend you read it. I sent in my comments in response but they’ll probably never see the light of day so thought I’d add them here too…

I believe some people have in fact walk to the North Pole (from land) in winter. Borge Ousland and Mike Horn arrived shortly after the sun appeared on the horizon but two Russians, Matvey Shparo and Boris Smolin, managed it in total darkness in 2007. (Thanks to Alex Hibbert for telling me about this).

One yet-to-be-completed challenge you didn’t mention is an unsupported return journey to the South Pole on foot. It’s what Captain Scott died attempting. Most people either use support in the form of kites or vehicles, or they get re-supplies dropped by aircraft. Going the whole way there and back on foot, dragging your own supplies has never been completed.

Simon Murie’s suggestions for iconic swims yet to be done was really interesting, particularly the reference to the political issues. I recently organised the logistics for a kayak crossing of one of the channels he mentions: the La Perouse Straits between Sakhalin, Russia to Hokkaido, Japan. It was indeed politically very complicated but it is possible. I’d be more than happy to help anyone interested in giving it a go – just email me.

4. Adventure as a state of mind

My final point is more of a philosophical one, perhaps picking up from where Benedict Allen leaves off above with his distinction between exploration and “extreme sport”. In terms of exploration, I would agree with the broad idea that the scope for truly ground-breaking exploration is dramatically reduced in the 21st century.

However, the title of your article – ‘What adventures are actually left?’ – is a very different story. Unlike exploration of the sort described above, I think ‘adventure’ is a relative term and thus there will always be adventures left. When it’s your first time, it simply doesn’t matter if someone else has already done it because it’s all new to you.