Home Living Adventurously What if they say it’s not possible?

What if they say it’s not possible? 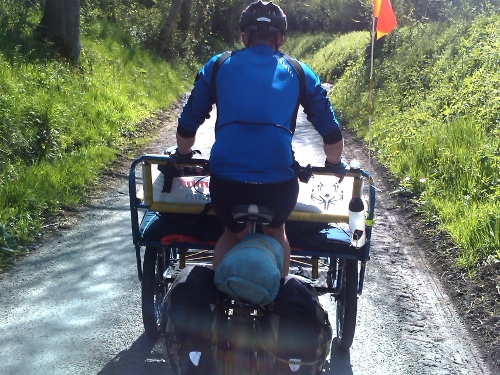 At the advent of another adventure, the usual voices of doubt began. Some real, some in my head. The list of potential hurdles and hiccups mounted and, as ever, I began to question whether what I was doing was feasible.

But I made it. I cycled a rickshaw that weighed more than me, 1000 miles from the Highlands back to London. So, what of all these people telling me why it wouldn’t happen?

Whenever you plan something new it is natural to seek help. If other people have experience in what you are about to do, then it makes sense to get their assistance rather than reinvent the wheel. But what if they tell you it’s not possible? What then?

A bike mechanic who ran his own shop told me that my tyres had worn down too far and would never make it back to London (and were too weird a size to find a replacement for). A highly experienced expeditioner whose opinion I valued, questioned whether I might get stuck on hills too steep for such a heavy vehicle. And a guy who’d just cycled Lands End–John O’Groats reasoned that I might be broken by the time I got home. But the tyres were fine, no hills stopped me and I feel fine now that I’m back.

“I told you so”, however, is not the message of this article. I don’t believe there was a shred of negative sentiment from any of these people and thus I did not pedal a big bike a long way to prove anyone wrong (a good thing since, I suspect, no one would care). Instead, I want to use this to highlight one of the beauties of expeditions: You are doing something that is outside the sphere of most people’s normality. Yourself included, I hope.

It’s to be expected that some would advise that the 4-minute mile barrier would never be broken, that women couldn’t run marathons and that Everest would never be conquered if the world had not seen such things at the time. Just as cycling an 80-kilogram tricycle the length of the country is going to provoke words of caution if it’s bigger, heavier and further than what you’re used to. And, in turn, if you are trying something new, different and a little bit beyond what’s gone before, it is natural that some will believe it’s not possible.

Whether you believe them is up to you. And whether they’re right, well, that’s to be found out.

(This article was originally written for James Bowthorpe)