Home Living Adventurously Planning for the Unknown: Climbing in the Altai

Planning for the Unknown: Climbing in the Altai

Part of the reason I chose the Russian Altai mountains for a mountaineering expedition in 2009 was that I had never heard of the Altai Mountains before and, it seemed, nor had anyone else I spoke to.

So, it’s been great to hear of others climbing in the Altai subsequently and even better that George Cave has taken the time to share his story with us…

Planning for the Unknown: Climbing in the Altai by George Cave

In the summer of 2011, I graduated from the University of Bristol. I was a fairly average climber with experience of numerous European destinations all no further abroad than an easyJet flight from Gatwick would take me.

In the summer of 2012 I returned from an expedition to the Altai mountains. This rarely visited alpine range lies on the southern Russian border next to Mongolia, China and Kazakhstan. Along with three friends I climbed five routes on five mountains, all British first ascents and two probable world firsts. We spoke no Russian, knew of no previous Western climbers visiting the valley and had planned and executed the trip on a modest budget within two weeks of holiday leave from work..

My initial assumption a year previously was that expeditions to seek out unclimbed mountains in remote locations were the preserve of either the climbing elite or well-connected individuals. In November 2011 I attended the Royal Geographical Society’s (RGS) Explore Conference, a weekend in London marketed as two days of expert opinion and networking opportunities for aspiring worldwide explorers. With such a wide scope there was only limited content of interest for a mountaineer but it was impossible not to be caught up in the whirlwind of feverish excitement as seasoned explorers of today handed out nuggets of advice to the budding explorers of tomorrow.

I had a simple game plan and listed the requirements in my head beforehand. I wanted to go climbing somewhere beyond Europe. I wanted it to be exploratory. I wanted to do it all in the space of two weeks, ideally during the following summer. A list of possible destinations floated around in the back of my mind: the Caucuses, Greenland, Urals, Morocco, Svalbard. I roamed the sessions on offer, seeking out advice from anyone who would listen.

Late on the Saturday afternoon I came across a man called Tim Moss who suggested he had a better idea than mine. Tim drew a map of directions to a range called the Altai Mountains. I had no idea where this was but rang a friend immediately after I left that evening, launching into this gambit:

“Do you want to come climbing in Russia? There’s this range called the Altai, it’s near the border in the South somewhere. I think it’s a bit like the Alps”…

“Sure, sounds good”, she replied, with typical concision. 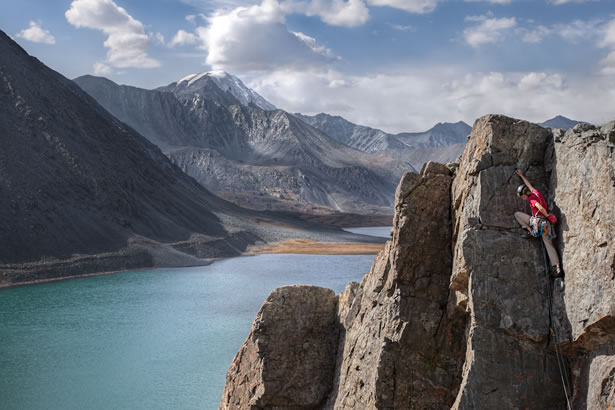 By December, our expedition’s numbers had swelled to three. Sitting in the pub at the Bridge of Orchy Hotel in Scotland, we waited to be kicked out to spend a night  bivvying in a car-park before an early morning start for climbing in Beinn an Dothaidh. The beer was expensive but the Wi-Fi was free and we made a single page website for our trip because it seemed like a good thing to do. Owning a domain name somehow gave the expedition an air of importance and authority it perhaps didn’t yet deserve.

Having no actual content to put on the webpage, I simply listed our names next to a photo of Belukha mountain, the highest in the region at 4506m. The rest of the night was spent filling out an application to the Mark Clifford Award. The award’s objective was stated as “to encourage & support young mountaineers go to exciting new places” and over the next few days we managed to pull together a plan sufficiently coherent to warrant a grant application. The deadline was the 31st December and we submitted our application just hours before the New Year began. Our intentions now publicly declared, there was no turning back.

In mid-March, we were sat on a train back to the RGS in London. We had been summoned by the Mount Everest Foundation (MEF) to explain ourselves at a meeting of their committee. Possibly the most important charity in the UK awarding grants to mountaineering expeditions, we were nervous and excited in equal measure.  In our bags were piles of papers, the physical evidence of several months’ accumulation of research: flight options, a waste management plan, a map of Russia, an e-mail from a potential fixer. At stake was a potential grant of several hundred pounds. We secretly agreed that if they simply gave the trip their approval we would be happy enough.

Myself and my climbing partner Clay sat nervously outside the meeting room until, a short haired, soft mannered chap came out and called our names. Clay turned to me and mouthed excitedly: “It’s Nick Colton!” I shrugged back blankly, the famous routes he lent his name to from the Alps to Alaska not registering in my mind.

Inside was a long table of seriously gnarly, but also kind looking, old men. Speaking from behind my laptop we opened with several minutes of debate with the panel about the true location of the highest mountain in the region. They disagreed with our description of it lying along the Russian border, after all Mick Fowler had told them otherwise. Eventually a compromise was reached with their suggestion that there “might be two Belukhas” This wasn’t the opening I had been expecting*. Kenton Cool sat to our right and pointed to our photographs one by one: “is that the mountain you’re climbing?” he would ask, “is that where you’re going?”

(*For an explanation of the confusion, please see: http://www.thealtai.co.uk/blog/it-must-be-the-other-belukha)

We explained that we didn’t have any photographs of our objectives because it was an exploratory expedition, hoping they wouldn’t see through the thinly veiled disguise. We had little real idea of where we were heading and thirty minutes later the questioning was over. 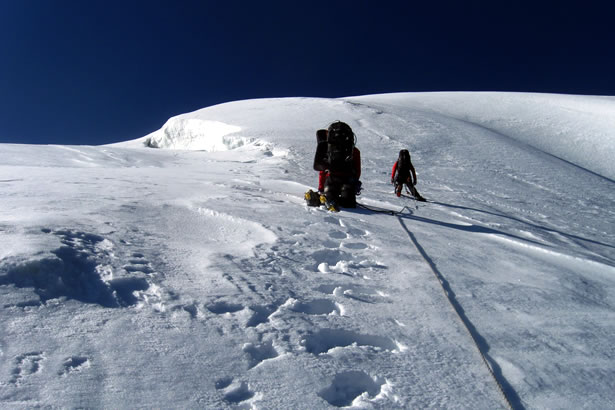 enquire about border permits for the region. Our lack of experience in how to handle the affairs of a foreign expedition showed as we stood ringing the doorbell of the Russian ambassador’s private residence by accident, only to be sent packing by his doorman. We concluded on our return train ride that the day had gone as well as we could have hoped for.

By mid-April, we had made enough progress to warrant a formal meeting. We now numbered four and we agreed that a short session at one of our houses in Bristol would be sufficient to iron out the last few details. My agenda for the session read: flights, visas, timetable, kit, food/drink, training, logistics, grants, website, location. Ten hours passed and by early evening plans for an afternoon of climbing had been abandoned but the expedition was three months away and we had made significant progress.

Grants from the MEF and British Mountaineering Council were awarded to us, and we were delighted. The total came to just over £1200, a fantastic sum to fund our summer holiday, but more than anything the confidence boost they provided by supporting us made us for the first time feel that this expedition might actually succeed.

In July, we held a skills training session in the Lake District. Our dubiously rusty crevasse rescue techniques were quickly polished at the foot of Gillercombe Buttress. Buoyed by the confidence from our grant successes we had embarked on a small self-promotion drive, of which some of the efforts had paid off. At the Keswick Mountain Festival in May we had pitched for and won a package of gear and financial support from Berghaus. Buffwear sent us a large box of their finest head garments and Alpkit had agreed we could borrow one of their tents for basecamp. We were incredibly grateful for the generosity and faith these organisations had shown in us. Thirty metres of cord and a handful of pegs were ordered from Needle Sports and we sat in the pub debating the merits and dangers of climbing alpine style on a half rope.

Eleri transferred $2000 electronically to a man called Igor who told us he lived in Omsk but could provide us with transfers from the airport terminal to our chosen basecamp site. There is something inherently unsettling in wiring thousands of dollars of cash to a man who writes in broken English and describes himself as the “fat, bearded one”, but we had little choice and he came well recommended.

On 4th August it was my birthday and I threw a massive party at my house with the rational that if we never came back, at least people could remember me for having once shown them a good time. A week later we flew to Moscow from Heathrow airport. The last nine months of planning had become a reality.

Read more about their trip at www.thealtai.co.uk and George at www.67hours.co.uk.  You can also see him giving a TEDx talk here and read about his next expedition to Kyrgyzstan at www.djangart2013.co.uk.

(Finally, you can read my own expeditions to the Altai and Kyrgyzstan).

If you fancy an expedition to the Altay then drop me a line or add a comment below.