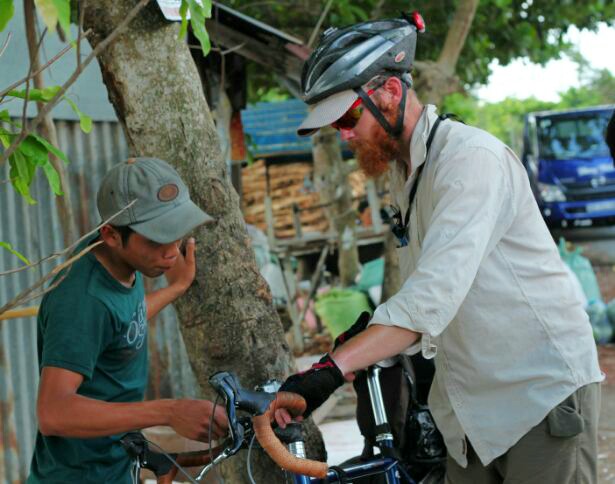 In the middle of a cafe shack, somewhere in the Vietnamese jungle,  Tim mimed pulling his trousers down and squatted on the floor. The two lady cafe owners fell about laughing, then shook their head and shrugged. They clearly had no idea what we were talking about.

We’re getting nowhere and I’m desperate. Let’s just go and try the next place.

We’ve been away from English-speaking countries for almost a year now, and in that time have become experts at communicating without a common language. Sometimes – as on this day in Vietnam when I was desperate for the loo – the communication barrier is insurmountable, but most of the time we get by. Without sharing a single common word, we manage to order food, find shelter, obtain drinking water and pass entire evenings with friendly locals.

A lack of shared language means we are often unable to access the deeper aspects of a culture. However, after spending several awkward evenings sitting in silence with local hosts, we worked out a few simple techniques to allow us to move beyond the communication of basic needs. This way, we could bond with people without needing words.

A few of the ideas we’ve found useful are listed below. Do you have any to add?

(As for the Vietnamese predicament, the cafe owners came running down the road after us, having finally worked out what we wanted. It was a relief in more ways than one).

We each carry a Google Nexus 7″ tablet computer, predominantly for keeping in touch with home and updating this blog. We hadn’t anticipated how useful they would be as a means of communication.

Google Translate dictionaries can be downloaded, meaning that instant translations can be obtained even when offline. This has been invaluable throughout the trip, allowing us to ask for specific items in shops and even hold decent conversations with younger, more computer-literate members of host families.

It works much better with short, simple sentences: anything longer than a few words tends to get messed up in translation, resulting in bemused looks all round. 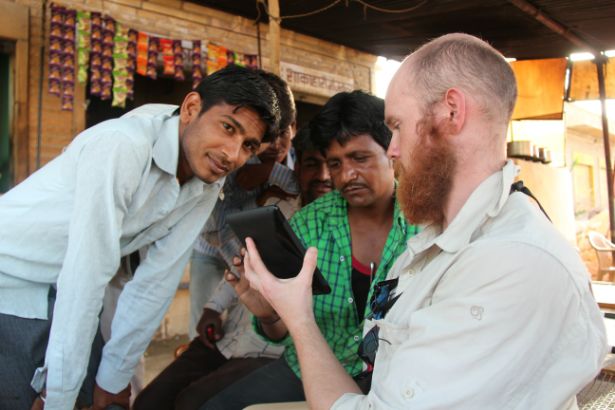 We try and carry a letter with us for each country, written in the local language, which explains who we are and what we want (i.e. water and somewhere safe to sleep). If we don’t manage to do this in advance, we ask the first English-speaking person we meet to write a couple of sentences out for us.

It might be less fun than mime, but a magic letter makes life much simpler when you face the same challenge every day of finding shelter. We’ve also found that people are much more receptive to us when they have some background on what we’re doing, rather than just being faced with two vagabonds on bikes.

For the last few months, Tim has been carrying his ukulele on his bike. When circumstances so require, he can whip it out and entertain the crowds, giving kids a quick lesson once they’ve plucked up the courage to approach the strings (pardon the pun).

What I lack in musical skill, I make up for in enthusiasm. We’ve had a singalong to Candle in the Wind with a Japanese farmer who rescued us from a rainstorm and a quick Michael Jackson karaoke session in a Vietnamese cafe. I enjoyed it, even if no one else did. 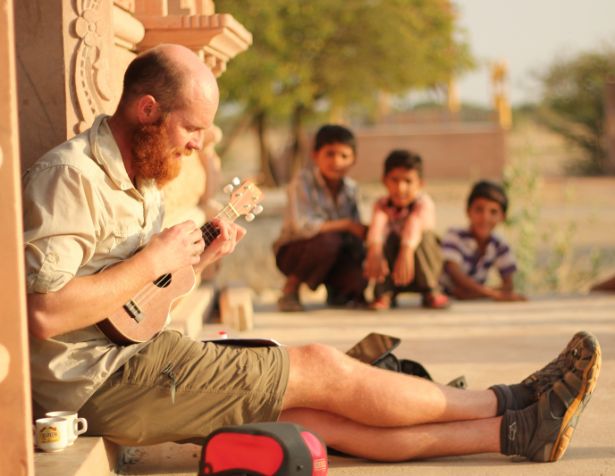 I carry knitting with me, and it has been invaluable when staying with local people in helping me bond with the women, especially in Turkey and Iran. While I knit under the critical eyes of matriarchal grandmothers, Tim can chat to the blokes of the family on Google Translate.

We were also taught a couple of simple origami tricks by some friends we made in Turkey, which have come in very useful when staying with children. Within minutes, previously shy kids turn into our firm friends, chasing each other round the house with paper birds.

Finally, we brought the classic game ‘Pass the Pigs’ with us, which we’ve played occasionally with local kids. This has the advantage of being very small and lightweight to carry with us, even if it’s not the most exciting of games. 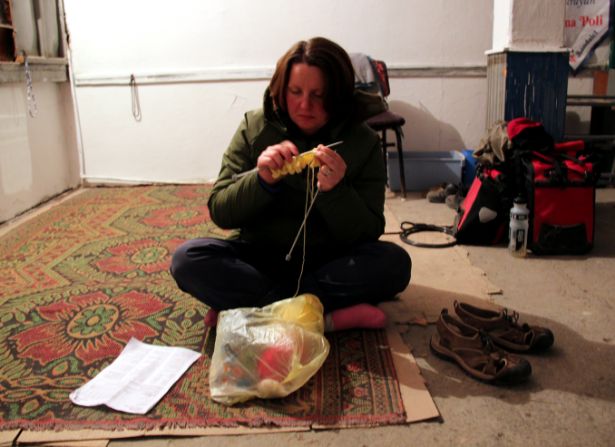 The day before I left home, my oldest friend called round with a farewell present for us. Exceptionally well-travelled, she knew exactly what would come in useful and had collated a set of photographs of our friends and family. These were printed on a pack of playing cards, meaning they are doubly useful. This is probably the best travelling gift ever given or received, anywhere.

Along with a few photographs of home on our Nexus tablets, the cards have been invaluable. Photographs of our wedding day and of Tim pre-beard have been particularly popular. If I did this trip again, I’d also bring a few postcards of England: both of famous landmarks and of typical English houses, as these have been requested more than once.

Many travellers swear by this dictionary, which contains photographs of hundreds of items you might need on your travels. To be honest, we carried it for six months without using it, so sent it home. With magic letters and Google Translate, we just found it unnecessary, especially as it takes a fair amount of time to leaf through the book to find the photograph you need.

We also didn’t find the photographs as useful as hoped. When explaining that we needed space to camp, we would end up pointing at a six-man family tent, needing far more space than our tiny thing requires.

Instead of using the book, we therefore take photographs of certain items ourselves and keep them on our Nexus. This works particularly well for gas canisters for our stove, so we can show shopkeepers the exact type we require.