Home Living Adventurously Could You? 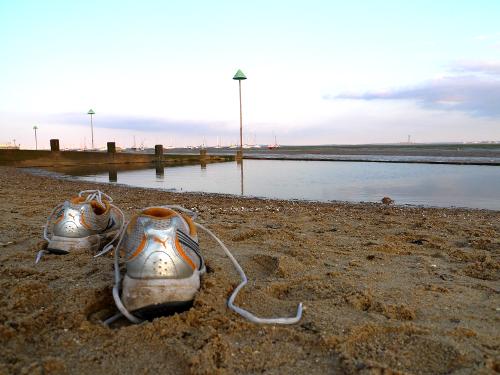 When I was at school, the “800 metres” was a long distance race. I coudn’t believe it when my friend told me he’d gone to the county games and witnessed “the fifteen hundred”. Could you really run that far?

At university seven years later, I ran my first proper race. 16 miles. It was the furthest I’d ever run and further than I would run again for another seven years. I knew people ran marathons but also knew that was about the limit of human endurance.

Then my friend Rob told me he once ran from Birmingham to London in one go. 145 miles. He was the exception though. 26.2 miles is definitely about the limit of what most people can do.

Except that all of his friends seemed to have done these big runs too. Multi-day marathons and “ultras”.

So I put my running shoes on, threw some water and chocolate in a bag and went out running, determined not to come back until I too had cleared the marathon mark. I got horribly lost (an almost deliberate tactic) and horrible chafe but managed 29 miles before hobbling home.

When I was at uni, I thought that cycling back home to my parents’ house was an expedition. 15 miles. I filled a bag with two bottles of Lucozade Sport and enough snacks to feed a rugby team, slipped into some lycra, covered myself in high-vis clothing and set off on my expedition. I made it and I felt like a champion.

Then my dad told me he used to do the same when he was at uni. Except that we lived in Surrey and he studied in Canterbury. That was more like 60 miles. I packed another bag and pedalled furiously onto the A2 (which was apparently a bit quieter in the 70s). It nearly killed me but I still felt like a hero when I arrived. Who else had cycled sixty miles?

Then I heard Al talking about cycling around the world. The world! He was the exception though. That really is pretty unique.

Except that hundreds of people have done it…

I didn’t have anything to prove this time. Hearing about all those people travelling the world on a bicycle didn’t make me want to prove that I could do it too. But it did make me think that it might be possible. Believe it was achievable. Realise that I could.