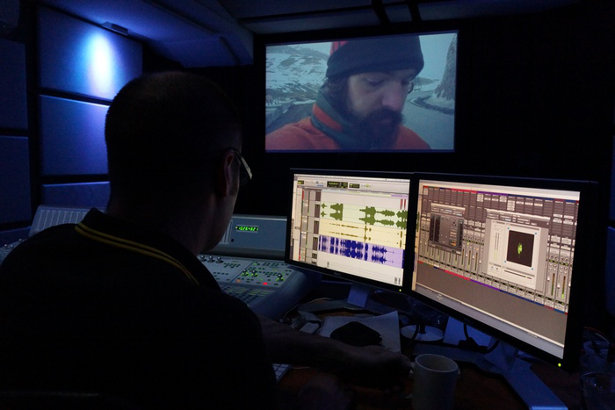 1. Tom, you have done a lot of cycling and on your latest trip you spent time on horseback. Which was worse for your arse?

The worst backside-related torture I’ve ever experienced was on my first ever bike trip in Scotland. I used the standard saddle that came with my mountain bike and I’d never heard of padded shorts. By Day 4 I was physically unable to sit down. I pedalled the remainder of the trip standing up. Riding a horse was, by comparison, a buttocular pleasure.

2. In reference to Iran, you mention “the growing amount of bigotry and hatred towards the cultures of this part of the world”. What is this, why do you think people have these perceptions and what did you see and film that demonstrates their inaccuracy?

Yeah, I guess I was referring to the ‘Islamophobia’ we keep hearing about in the news. It seems to be something both created and validated by media attention, tarring an entire swathe of the world with a single brush, casting it as a simple narrative of religious differences when it’s anything but. Despite Iran being culturally unique within the wider Middle East, it gets lumped in with everything ‘Middle Eastern’ and ‘Islamic’ – with a bit of nuclear proliferation and human rights abuse thrown in for good measure.

The big picture in Iran is of an extremely complex polity with all the diversity of opinion and belief you’d expect to find in any developed society. And of course there are calls from every angle for various social and political problems to be addressed.

But the ground-level, everyday picture that we saw on our journey was of good-hearted, hospitable and resourceful people, proud of their identity as Iranians in spite of the very real conflicts of opinion within the country, and highly conscious of and indignant about the perception of Iran being propagated in the West.

We just wanted to let the people and the places they live in shine and stand on their own two feet, without being embedded in an ongoing political narrative.

3. Your recent trips were both following rivers and, in Iran, paddling part of one. How many times did you fall in each and which was coldest?

Leon fell into the Karun. I went for a swim in the Santa Cruz. Both were ruddy freezing.

4. As well as it’s negative international reputation, Iran is also famed for its incredible hospitality. How did the Argentinians and Chileans compare?

We met very few Argentinians on the actual journey, because it was a real wilderness area we were travelling through with no roads, settlements, services or phone signal. The best we managed was to drop in on a couple of semi-functional estancias (ranches) close to the settlements at either end of the valley. The people we met there did what I suspect anyone would do if they lived alone in the middle of nowhere – invited us in, fed us, and hung out with us for a bit!

But we stayed in far more abandoned estancias than working ones. For about half the trip, we didn’t see another human being – just wildlife. This made it a really unique trip. When it came to overnights, Iran was much more about the people, as evidenced by the fact that we only slept outside once in six weeks! But in Patagonia it was really about the wilderness and the environment. It’d be a revoltingly harsh place to live!

5. Your film about the time you spent travelling the world on a bicycle – Janapar – was a huge project spanning many years of filming and editing. Your recent trips were much shorter. Do you think this has made the filmmaking easier or harder?

Filming a journey of any length is about understanding what makes a good story and being simultaneously stubborn, tenacious and creatively on-the-ball when it comes to capturing it. But the bigger challenge in making a film is the intellectual one, which comes later on in the editing room when you’re trying to use that footage to craft a narrative. It’s never easy!

In terms of easier/harder, Janapar started life as 300 hours of raw footage, all of which had to be watched and logged and the strongest story identified. The two new films, on the other hand, will involve roughly 25-30 hours each, and there’s a clear story for each as well. So the preparation work for these two new films will be a lot less than Janapar. So they’re technically ‘easier’ in that sense because there’s fewer man-hours involved in preparing for them. But I think the shooting and the editing challenges are similar for any project like this.

6. Janapar was also filmed entirely yourself about a trip you largely completed on your own. What advantages and challenges did you find working and filming with another person?

Being in a pair changes the dynamic, the characters’ relationships and the filmmaking process itself, but it doesn’t make it any easier! Leon and I have similar backgrounds in filmmaking and worked well together for Karun, where our roles were equal, but Patagonia presented a different challenge – Leon was taking the lead as a presenter and expedition leader, whereas I really struggled to balance (no pun intended) the job of first-time directing and shooting with learning to ride a horse and actually digging up the story, which turned out to be quite a lot more complex than we’d thought.

7. You’ve just launched a Kickstarter campaign to fund the editing and production of films about your two journeys.  Why should people give their money for your film?

Well! Now you’ve put me on the spot! Firstly because we’re going to make two films worth watching, and this is the only way to get hold of them! But secondly and more importantly because Leon and I believe that these stories are unique, they need to be told, and nobody else is going to tell them. The Kickstarter campaign page has a lot more info on what exactly these stories are.

We’ve both made films about fairly self-indulgent adventures of our own in the past, but with these films we wanted to make something that use adventure as a way to explore real, raw, topical stories with global relevance. We promise that the resulting films will be both entertaining and enlightening – watch the short film of Karun at www.karunfilm.com for a taster – and that by backing them you’ll be helping get stories out to the world that won’t get a platform in any other way.

That, and enabling us to eat while we make them!

Enjoy that? Here are some links to see/read more…