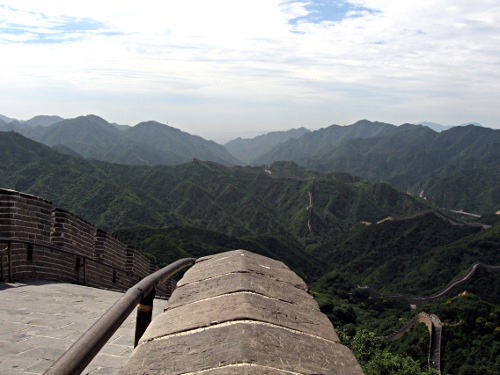 This is a version one of a double issue. Rob sent me two variants of a piece on holism and, given the subject, it seemed like the only option was to publish both!

I read an article about hammers on Seth Godin’s site which sparked an email conversation with Rob on a subject that clearly interested him and he kindly agreed to write another article for me.

Here is Version 1 (you can see Version 2 here):

I read Tim’s views on positivity.  He must be a very happy chappy.  And straight away I thought how different he and I may be, knowing how dark my sense of humour is – I once went to a Disney themed party dressed as the bloke that shot Bambi’s mum…. a winner with the boys, but you won’t be surprised to learn that I didn’t pull that night.  But why should Tim’s being positive take effort? Why is the first thing in my brain about how we may be different?  Are we biased?

I’ve just read about a case history that was independently given to a physiotherapist, and osteopath, a chiropractor, a masseur, and a personal trainer.  They were all presented with the same symptoms and information, and all the diagnoses and treatments were different.  What I found more interesting is when their views were presented to the group, they each piped up about how they were right and the other approaches were wrong.

Each person homed in on the differences, believing that their discipline, diagnosis and solution was best and showing where the others went wrong.  But looking at the detail, there was actually quite a big area of cross over between the solutions.  Yet this wasn’t discussed at all.  What’s wrong, what’s less valuable, what’s so difficult about focussing on the similarities?

It can have a real effect on how we see the world.  If all you see is the differences, you identify less with other people because the focus is on the gap between.  It can be alienating and hold things back.  This discussion certainly didn’t help the patient’s understanding of what was wrong and what to do, in fact they probably ended up learning about the limitations of each discipline.

Some examples of ignoring the similarities and focussing on the differences

What do you reckon folks – was it worth putting up both versions? Did you prefer one to the other?