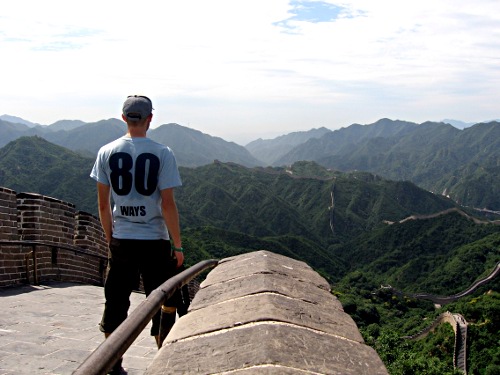 This is a version two of a double issue. Rob sent me two variants of a piece on holism and, given the subject, it seemed like the only option was to publish both!

I read an article about hammers on Seth Godin’s site which sparked an email conversation with Rob on a subject that clearly interested him and he kindly agreed to write another article for me.

Here is Version 2 (you can see Version 1 here):

I read about Tim’s attempt to be more positive, and found it an enlightening and refreshing view of the world.  I was sure I could learn a lot from this… yesterday a client of mine missed an appointment – am I annoyed at the wasted preparation, or happy at getting to have a much needed cup of tea and a sit down?

But being positive is more than just seeing the brighter side, it’s about finding the common ground, and seeing the similarities in things.  I find that humans tend to home in on differences (check out Jared’s book – it’s awesome).  For example physiotherapists and osteopaths use totally different approaches to diagnose and solve the same problems.  Generally they’re quite suspicious of each others methods. Doctors (well, most people really) often frown upon complementary medicine as it’s not proven in a lab environment, yet complementary therapists explain that allopathic care is the biggest cause of death each year in USA (and not too far off in the UK).

So much effort goes into the differences and explaining those away.   Many late night arguments in the pub I’m sure.  But look at the similarities and the common ground – they’re all trying to make people better, and they all have quite a lot of success.  It’s not that either approach will cure everyone, but if we look with an open mind I’m sure we can all learn something.  I looked up what ‘holistic’ means – look at everything.   Isn’t that what we need to do if we’re to understand anything properly?

Some examples of ignoring the similarities and focussing on the differences

What do you reckon folks – was it better to have both versions online? Did you prefer one to the other?