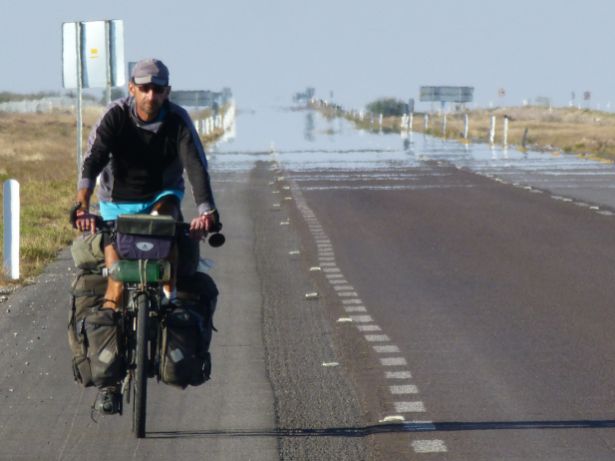 This interview is part of a series in which we interview certain people featured on the database of long distance cycle journeys (LDCJ), which records individual bicycle trips over 10,000km in length. For more details, click here.

Lorenzo Rojo has been cycling around the world for an incredible 17 years, covering 190,000 km so far. His is the longest journey on the database, both in terms of distance and time. As this interview reveals, he shows no signs of stopping yet…

1) What gave you the idea for your first big cycle journey?

I read a book in the early 80s. The name was “Latinoamérica. Crónica de un viaje en bicicleta” by Basque writer Jesús López de Dicastillo (who, by the way, lives nowadays in Puerto Bermúdez, in the Peruvian jungle). The book described a two year bicycle trip through Latin America and showed me that doing such a thing was mad, was exciting and, above all, was posible.

2) Best thing that happened on your cycle journey?

3) Worst thing that happened on your cycle journey?

4) Favourite country and why?

I couldn’t choose just a single country but I could choose a continent, my favorite one (although I like all of them), and that would be America (as we understand America: that is the whole piece of land, south, central and north, from Tierra del Fuego to Alaska).

Why? Cultural and language affinities, diversity, people, and the sheer beauty of the place (big, wild mountains, passes and open spaces, deserts, jungles, sea coasts, cities, solitude and crowds…everything is there!) 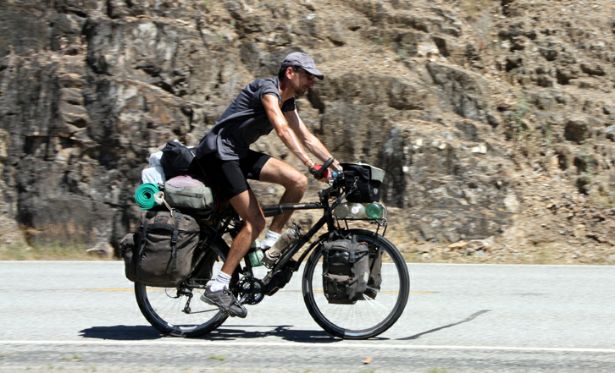 5) What do you wish you’d known before you started on your first journey?

Better understanding, respect and empathy for the world and its people.

Yes, there are places where I’d still like to go. In fact, the destination hasn’t changed too much. I still dream of going to that place where I haven’t been yet. I am now in Mexico and in the future I may go to Asia (Japan, Philippines…).

Before…in that other life…I used to be a high school teacher of language and literature. Had good friends (still keep them), lived in a nice city (although cold and rainy)…

8) Do you think you’ll ever stop your journey?

I will stop one day. Have no idea when and how that will happen.

9) What are you looking for – if anything – and have you found it yet?

I would say that we all are looking for something and so I am doing, too. What is that? Who knows…

I remember now two beautiful poems about journey as a metaphor and as a search. One is the famous “Ithaka” by Greek poet Constantine Cavafy; the second one is “Manoa” by Venezuelan poet Eugenio Montejo.

10) Spending several hours a day in the saddle can be a bit boring. What daydreams keep you going?

The dream that keeps me (us) moving is reaching that place where I haven’t been yet: that city, that mountain, that house, that country, that friend, that piece of ourselves…whatever.

So, the call of the horizon, let’s say. It’s that call that is powering the legs. 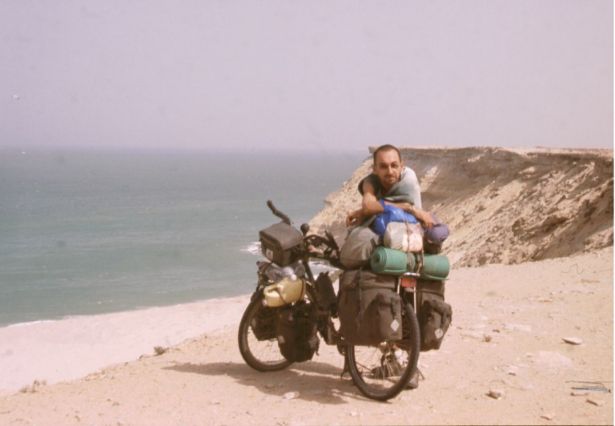 To see Lorenzo’s entry on the database of long distance cycling journeys, along with the other 153 cyclists (and counting) on there, take a look at http://thenextchallenge.org/ldcj/