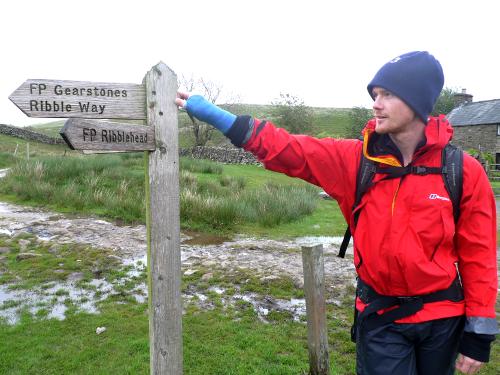 I fell off my bike in May and broke my wrist in the process. That meant several weeks in a plaster cast. It was frustratingly restrictive but I was determined that I wouldn’t use it as an excuse.

I tried to find out exactly what I was and was not supposed to do whilst my wrist recovered and then work within that. The main restrictions were that I couldn’t get it wet and, obviously, that I had limited use of my dominant arm. Still, I managed the following:

My point is not that I am a tough guy. I’m not. If something hurt then I stopped doing it.

It is also not that I ignored my doctor’s advice and did stuff anyway. I didn’t. I had no interest in short-term release in exchange for long-term complications.

The point is simply that whatever your circumstances, you will be able to find something adventurous to do.