Who is Applying for The Next Challenge Grant? 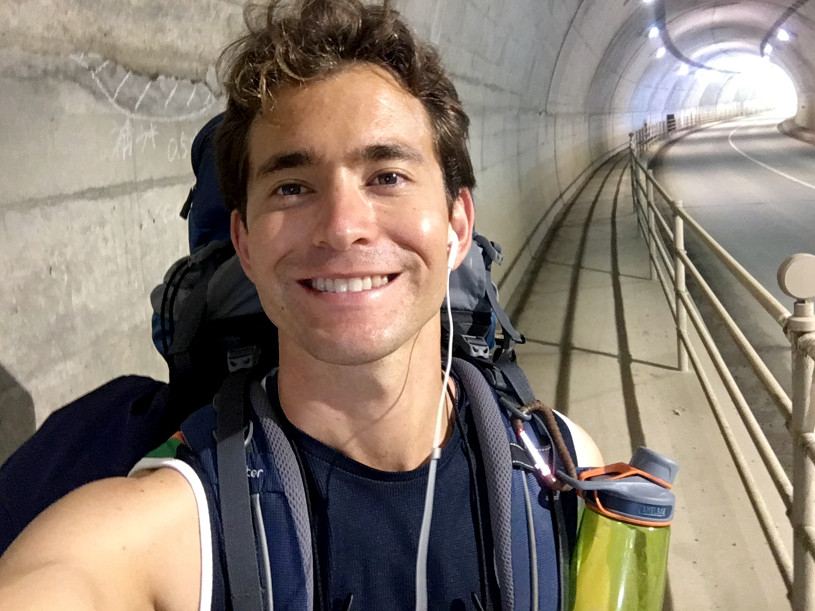 The Next Challenge Grant is aimed at those new to adventure, who might not have the means to pull off an expedition on their own.

This year, to assess how well it is achieving that goal, I invited everyone who applied to complete a survey. The results are below.

Included in the analysis are:

52 people donated a total of £525 this year. After PayPal fees, that leaves £497 for distributing to winners.

40 people made one-off donations and 12 signed up to make annual donations.

Here is how donations compare to previous years:

This year we had the fewest, but most generous, donors and raised more than any previous years.

200 people applied for The Next Challenge Grant this year. That’s a similar number to last year but down on 2015 and 2016:

(N.B. In 2015, my website inexplicably went big in Colombia, resulting in hundreds of applications for the grant from South America. Unfortunately, most of them were terrible).

The following information comes from the questionnaire I offered to everyone that applied for the grant this year.

It was optional and anonymous (i.e. it had no bearing on their application because I couldn’t match survey answers to grant applications).

Of the 200 applicants, 114 completed the survey. These are the results…

The grant is aimed at those who have not done a lot of outdoors/adventure stuff before. I tried to measure this with the following two questions: 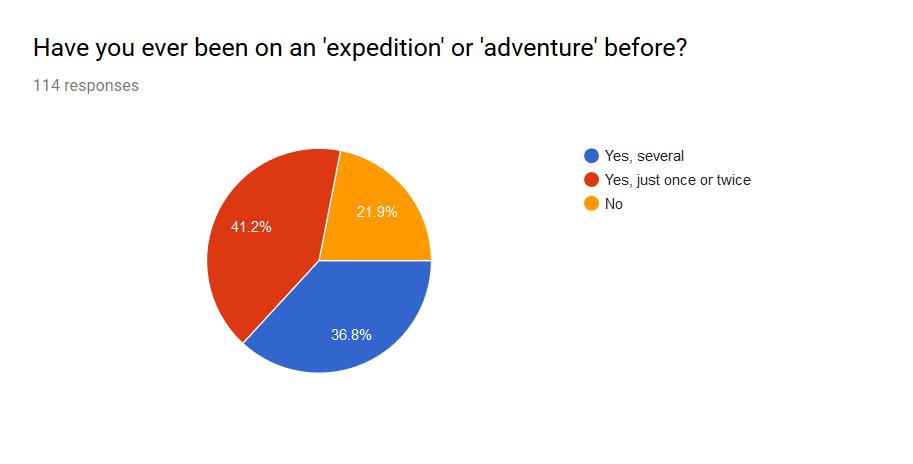 Three-quarters of the applicants have already done something adventurous before. I guess it will always be tricky to attract people that have never been on an expedition because:

I was surprised at how many of the applicants have already camped: over 95%. Either this is not a very good proxy measure of people’s outdoors/adventure experience (e.g. camping at a music festival), or the people that are applying already have some experience.

There is an impression that adventurers are all white, middle class, graduates with lots of disposable income. People in that category are probably more likely to have the means to undertake an expedition themselves.

We (the other adventurers backing the grant and I) are particularly keen to direct the money to those who might not be able to organise and fund an expedition themselves.

The following questions are aimed at measuring that:

Grant applicants are a highly educated bunch, with almost three-quarters having obtained a university degree. Only one in seven have not been educated beyond school.

Although it’s a crude measure, I am interested in this as a proxy for opportunity: one might assume that those with the means to go to university are more likely to have the means to complete an expedition without my help. As such, it would be nice to not just help graduates.

About two-thirds of applicants are in work or education. Interestingly, one in ten are unemployed and not out of choice. Perhaps they are the ones that would get the most out of a grant?

Surprisingly, three out of five applicants earn less than £20k a year. A third of those are probably in education (the 18.4%+ from the previous graph) but it perhaps suggests that we might be reaching some of the right sort of people (i.e. those who do not have the funds to complete an adventure themselves).

For the grant to be worthwhile, it needs to attract new people. It cannot rely on a small pool of people (e.g. regular readers of this site). How has it fared?

Two-thirds of applicants had already visited my website, one-third had not. This might have been worrying were it not for the next question…

The vast majority have never applied for my grant before. There’s nothing wrong with trying twice (you can’t win more than once) but this indicates that we are getting fresh blood each year.

Two out of every five applicants came across the grant through me or one of the other adventurers who backs it. A quarter came from other blogs/websites.

The rest come from Google searches (which is good as it means anyone can find it) and past grant winners spreading the word (another good way of reaching new people).

I asked some basic demographic questions to get a gauge of the sort of people applying.

A bell-curve distribution of ages: half of all applicants are aged 26-35, with a slight skew towards more older folk than youngsters.

A reasonable split but still with notable more boys than girls.

The grant is open to all nationalities but, as expected, most people are from the UK. This is followed by North America and Western Europe.

It is nice to see some applications from further afield though, including 7% from Asia. Not all applicants completed the survey but I know we have had at least half a dozen from Africa, which is not reflected above.

Finally, I asked whether people thought that they would complete their trip even without the grant.

Only one in five said that it was only ‘possible’ (i.e. not likely) that would complete their trip or that they definitely would not.

Perhaps this means that most applicants do not really need the money or encouragement. Or perhaps it is presentation bias (not wanting to appear half-hearted, even though it’s anonymous) or false confidence.

So, what do you think?

Do you think the grant is doing well at achieving its goals of reaching people who might not go on an adventure otherwise? And, if not, how could I improve it? (Given very limited time/resources and no money).

What extra questions should I ask next year?