Why Sean Conway’s swim is the greatest expedition of 2013 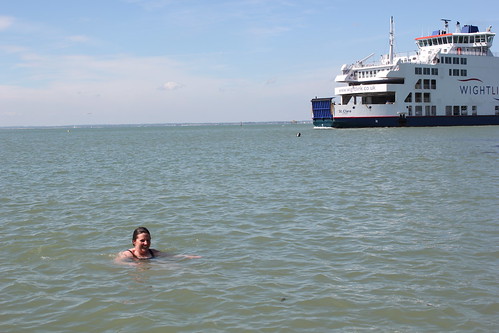 A couple of years ago, Dan Martin wrote a guest blog on this website predicting that swimming would be the next big thing to hit the expedition world.  It often feels as though the world has now been fully explored, and that ‘world firsts’ are increasingly arbtirary – Tim and I joke that we are the first married couple to cycle from Molesey to Melbourne via Milan on Ridgeback World Panorama bicycles.  With polar expeditions being prohibitively expensive for most people, and the swarms of people on Everest deterring those looking for pure wilderness, one may wonder what real, raw adventures are left.

If we turn to the world’s seas, oceans and rivers, we find a relatively untapped field for today’s adventurers.  Even the most well-known swimming challenges are less commonly achieved than their land-based equivalent: it is often quoted than more people have climbed Everest than have swum the Channel.  Setting these iconic feats aside, there are just a handful of people who attempt serious swimming expeditions.  Martin Strehl has swum the length of the Danube, Yangtze and Amazon rivers, Lynne Cox swam across the Bering Strait and one particular legend swam the Atlantic Ocean.

Why is this?  Over the last couple of years, Tim and I have been attempting to swim the length of the Thames, fitting in a few miles whenever we get a free weekend.  It now feels unlikely that we will ever finish it – not just because we are out of the country for the indefinite future.  When it comes down to it, swimming for hours on end, day after day, in cold, murky water has little to commend it to the ordinary person (and I write as something of a swimming obsessive).  It is lonely, your shoulders ache and you lose the ability to straighten your fingers out as they get colder.  If you are swimming with others, conversation is near impossible and stopping for a rest is not really an option unless you climb out.  If the water is less than clean, you risk an upset stomach: Dave Cornthwaite memorably described vomiting every few minutes towards the end of his Mississippi swim.  If you are in the sea, salt water chafing becomes a painful issue and you engage in a constant battle with the waves.

Of course, there are positive aspects to swimming long distances.  Once you find your rhythm, the regularity of your breath allows you to enter a zone of blissful meditation, where your mind can wander and nothing matters but the feeling of the water supporting your body.  This is why I swim, to find that sweet zone of mindfulness.

However, what Sean Conway achieved by swimming from Lands End to John O’Groats is truly remarkabale.  I have swum long distances by normal standards – up to ten miles at sea – but the idea of covering more than that, day after day, for four months leaves me in awe.  What is even more commendable is that he appeared to begin this challenge in a fairly low key way and on a small budget: they ran out of funds a few weeks from the end and had to do a desperate plea for cash.  The support team was nothing fancy – a boat and a kayak – and Em Bell deserves a special mention as she not only kayaked the full distance next to him, but also looked after the team, preparing meals and sorting kit.  Adventures like this show that any ordinary person can achieve extraordinary things.

By way of contrast, Ben Fogle announced his intention to swim the Atlantic this year with a huge launch and push for publicity.  This is not to disparage this goal at all: if he completes this swim, it will be a fantastic achievement and I look forward to following it.  However, there is no doubt that his high profile will make the road to securing sponsorship, book deals and media coverage that much smoother than Sean’s.  The idea of Fogle taking to Twitter with a begging bowl in hand seems very unlikely.

So, as another adventurer dives into the water to make his mark, Dan Martin’s words look rather prophetic.  Sean Conway, I salute you.  I may even be inspired to think of swimming for my next challenge…