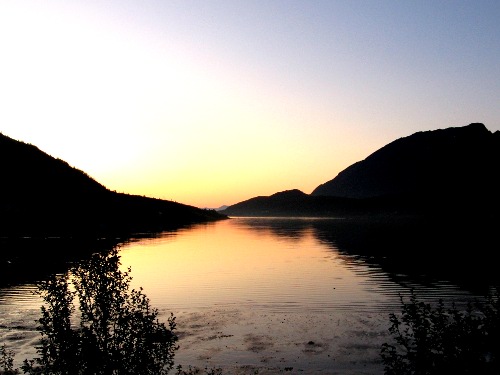 I’ve been meaning to write something about outdoor swimming for some time now.

I am a terrible swimmer. I can only “do” two strokes – front crawl and breast stroke – neither of them are executed with any grace or efficiency and you’ll notice that this short list excludes back stroke. Whilst I’m able to float on my back, I’ve not yet worked out how to do much else.

I’ll say again, I am a terrible swimmer. But in the last couple of years I’ve developed a real affinity for wild water in spite of this. As with running, cycling and climbing, technique and performance are not the measures of enjoyment for me. It is about something different, something more.

It started when I did my triathlon in 2008 and had to swim across the Solent. I use the words “had to” because that’s what it felt like – a mountain to conquer, a hurdle to jump, something that I had to get across as quickly as possible. But this introduction to swimming outside of a pool left a taste in my mouth that lingered far beyond the salt. I began looking at bodies of water everywhere with an eye to swimming across them, much as climbers scan rock faces, and paddlers rapids.

Without realising it, in Scandinavia last summer, water began to draw me in.

On a rest day from climbing with BSES, I convinced one of the kayakers on the team to accompany as I swam across the fjord we’d all been looking at for weeks – icy cold, a clear dark blue and filled with jelly fish (and shown in the photo above). And, whilst “training” for this swim (specifically, I tried to see how long I could stand the frigid water before hopping out like an excitable pixie on hot coals) I realised that the highlight of my day during the expedition was the evening wash in the glacial stream.

Cycling home afterwards, natural water was my only route to cleanliness. You might think that washing outdoors in cold water sounds unpleasant but, unshowered for several days, cycling in the heat and coming across the seclusion of a tumbling white stream beneath a bridge amidst Swedish pines was anything but. A busy fjord on the Höga kusten pulled me in on a rest day and the cool, still expanse of a lake seduced me out of my clothes and into its arms on the final night of my adventure. And all of this happened to Roger Deakin’s commentary each night in my tent.

Since coming back, the enjoyment has been heightened by the feeling of deviousness that stems from intruding upon the taboo of swimming in British waterways. Jumping into a tiny pond for the hell of it, swimming with a swan and sunken canoe in spontaneity whilst out running, gliding coolly down the Thames with moorhens, mud and little other purpose.

The rivers, lakes, pools and ponds that we pass on a daily basis do not typically register as fertile ground for exploration but there is no reason they shouldn’t. There is no secret to doing it. There is no training required. Most of the dips above were more “mild whim” than “wild swim”, submerged as I often was for little more than a few minutes, but that’s all it takes. It is simply a case of dipping a toe in and letting the body follow.