Home Living Adventurously Are You Capable of More Than You Realise?

Are You Capable of More Than You Realise? 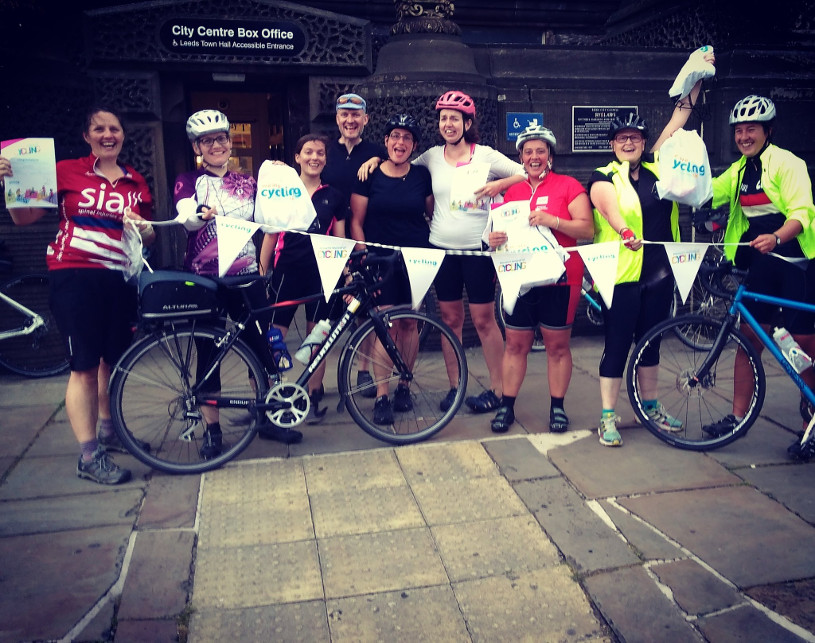 Early on Saturday morning, several groups of women (and a few men) gathered with their bikes at a range of locations across the UK. Their intention was to cycle 100 miles.

Most of them had never cycled that far before.

Many of them were not sure that they could.

By the end of the day, all of them had.

I joined the Leeds group. It was coordinated by my wife, Laura, and her friend Amanda.

14 of us huddled outside the Town Hall in the drizzle at 8am.

And we're off! 14 of us riding a century through Yorkshire with @adventuresynd @WeAreCyclingUK #TAS100 pic.twitter.com/ULeIIq4ZZd

Some were on speedy-looking road bikes, dressed in lycra, with SPD shoes clipped onto their pedals. Others were on heavy sit-up-and-beg bikes, wearing shorts and t-shirt, and pedalling in plimsoles.

Some looked like young, toned, athletics sorts. Some did not.

When Laura asked how many people had cycled a hundred miles before, very few hands went up.

I have cycled around the world, written a book about cycling and set a (niche) cycling world record. But I think I have only once cycled a hundred miles in day and it was many years ago.

I do a lot of exercise and a fair bit of cycling. I was reasonably confident I would get round. But I couldn’t be sure about everyone.

“I haven’t been out on my bike for ages”, one of them told me.

“My only practice was 25 miles along the canal”, said another, as she dropped gears on the first hill.

Research has shown that women tend to underestimate their sporting abilities, while men do the opposite. Perhaps we would be alright.

Heading towards sunset and the end of a 105 mile bike ride #TAS100 https://t.co/yBA3NXEFn6 pic.twitter.com/tvtglLgROi

But all 14 of us went the distance. No one was left behind, no one dropped out. The only time the group split up was when one of us had to press ahead to get home in time for her childcare duties that evening.

We were just one of seven groups undertaking the TAS 100 challenge on Saturday. Others set off from Edinburgh, Bristol, Aviemore, London, Kent and Wales.

I should say that two groups actually did 100km rather than 100 miles but, since both routes were completed off-road, I think they may have worked harder than we did anyway.

And if I’m mentioning that, then I should also acknowledge the Bristol lot were having so much fun that they pressed on to the 200km mark.

Me, @RebelGirlRides and @bluenutka (aka dream team) were having so much fun today we turned out @adventuresynd century into a 200km! pic.twitter.com/I0Q67QckB8

The whole day was thanks to The Adventure Syndicate. They’re a group of female endurance cyclists who aim to get more people into cycling (particularly women and girls) and build their confidence on bikes. Saturday must surely have achieved those aims in spades.

I am proud to disclose that Laura is a director of The Adventure Syndicate (she came up with the TAS 100 idea) and I count several of their members as friends. It is a fantastic initiative and a refreshing change for ‘adventurers’ to set up an organisation aimed at helping others rather than just promoting their own endeavours.

One of their tag lines is: “You are capable of more than you think”

Saturday proved that we are.

My friend Mattie started cycling in March. Yesterday she rode 101 miles across Wales into a headwind. My new hero. #TAS100 #thisgirlcan pic.twitter.com/abmp6cNQhp

You can read more about The Adventure Syndicate and sign-up for their next event at www.theadventuresyndicate.com.

Congrats to everyone who attempted a #TAS100 ride today. I'm off into the Andes now to climb 100 vertical miles over 2 weeks in your honour pic.twitter.com/Mbc4UblCjf