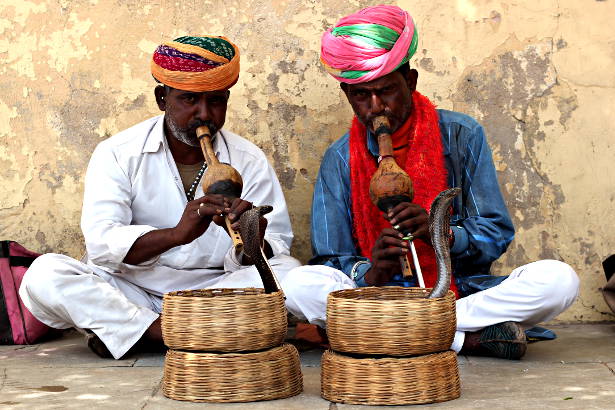 India has been difficult for us, as anyone following our tweets or the undertones of recent blog posts will know.

This is not to say that it is not a wonderful and fascinating country. Even from our brief weeks here, seen through the prism of sickness and stress, it is abundantly clear that this is one of the most different and interesting countries we have cycled through.

The main difficulties have been:

1. Getting mobbed all the time

Constant attention from large crowds every time we stop our bikes, try to buy food, rest for lunch or check into a hotel. I’ve already written about the lack of personal space.

Shops are never well stocked so we usually have a choice of living off biscuits, crisps and fizzy drinks or risking food from roadside restaurants/shacks. I don’t think we’re too precious about eateries but in these places the walls, tables and seats are often thick with black grime. They are always open to the elements, usually with litter strewn amongst the seats and often surrounded by the excretions of passing dogs, cows, camel and water buffalo. Flies flit between the dung, the tables and the piles of vegetables left out on counters, and birds perch on the edges of pans and help themselves to leftovers. Food is prepared and served by hands, and cutlery and crockery are given cursory rinses with the tap water we are usually at pains to avoid.

It is routinely 40C during the day and only really much cooler in the small hours of the morning. Our routine has been to rise at 6, cycle at 7 and finish by 1 or 2pm.

4. The culture of over charging

Everything has a maximum price marked on it but we are still regularly overcharged. I think this is usually the norm rather than an attempt to rip off the white guy and maybe we should just take the small hits. But when you’re hot, tired and a little jaded, it can be tiring having to do battle over what should be a fixed price. I’ve also written a little about this elsewhere.

Neither of us have been sick in the previous 7 months of cycling but have each been bed bound on three separate occasions, variously vomiting, suffering diarrhea where even liquids pass straight through and weak and feverish. I got put onto an IV drip one day and Laura should have had it the next day too but didn’t feel well enough to go to the hospital.

A bit too much

This being a little too much for us is probably a combination of bad timing or luck – we’re here at a particularly hot time of year and have obviously been unlucky with illness – and being at a stage of our journey where we have become a little tired of the hardships of travel. Were this a discreet trip, straight from the UK for a one month tour of India, then our mental and physical reserves would have been fresh. We would have been better able to greet the invasions of personal space with smiles and waves*, with more reserves of strength and patience to not just get through the day but enjoy it too. Alternatively, we think that coming here as a (non-cycle) tourist would avoid many of the difficulties we’ve had whilst preserving much of the wonder.

(*For the record, we do still smile and wave and engage in friendly conversation in 9 out of 10 encounters, it just requires a greater effort of will than it probably should).

An overview of our travels in India so far

We cycled first from Jaiselmer, the westernmost town we could find, stuck out on a limb in the Thar desert, a stone’s throw from the Pakistan border. We pedalled next to Pushkar where we planned a day’s rest but I spent three days in bed, probably weaker than I’ve ever before, then prepared to leave in time for Laura to start throwing up.

We eventually made a tentative move to complete a short two-day stint to Jaipur, the pink city, where a kind gentleman from the Lions Club hosted us, sharing stories of his cycle trips to Lions conferences in South Korea, Australia and America. We loaded our bikes ready to leave but found ourselves heading instead to the toilet and spent another day bed bound.

Three days more on the bikes saw us reach Agra with that little landmark known as the Taj Mahal. A stationary day turned into three as I checked into a hospital to get fluids and antibiotics, then became five as Laura failed to even contain fluids for 24-hours.

Which brings us to today. We have certainly spent more days static than in motion, perhaps almost as many sick as cycling. And so we plan our escape.

There is no overland route out of the sub-continent beyond Nepal and Bangladesh, as entry to Myanmar and China is not possible (it’s conceivable into Tibet if you pay a tour guide but that’s not for us). So we have always known that flying out was the most likely option.

We had originally thought about cycling across to Bangladesh but now want to avoid too much longer in India and we guess that Bangladesh will be similarly hectic.

Before the third bout of illness downed us, we were set on cycling to Nepal and flying out of Kathmandu. We toyed with the idea of an arbitrary detour to South Korea which sounds like the best place for cycling since France but have probably ruled this out due to costs (£400-£500 pounds for return flights with bikes, visas and a ferry to Japan).

Most likely is to fly to Bangkok, Thailand, or Ho Chi Minh, Vietnam.

In our darker moments, we discovered that there is even an airport here in Agra with flights to Bangkok, and the idea of escaping immediately has certainly been tempting.

We should be back on the bikes (or plane) within the next day or two, and we flights should be booked imminently so we will let you know our decision. In the meantime, it’s dioralyte and dry toast.