Home Living Adventurously The First Man to Row the Atlantic, Climb Everest and Cycle the World

The First Man to Row the Atlantic, Climb Everest and Cycle the World 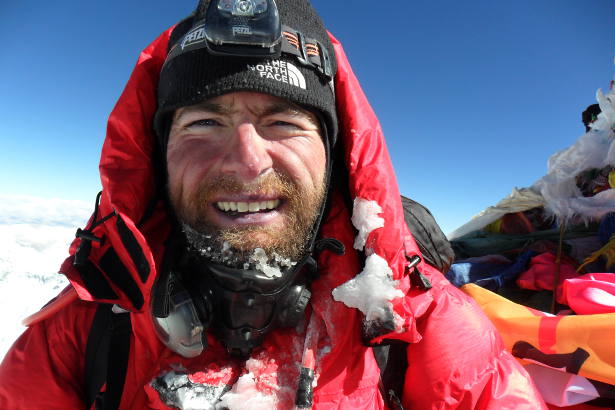 Today, a guest blog from James Ketchell AKA Captain Ketch, the man who has rowed across the Atlantic Ocean, summited Mount Everest and cycle around the world.

James recently joined the database of Long Distance Cycle Journeys (LDCJ) and kindly offered to write a piece for The Next Challenge. Over to the Captain…

Over to Captain K…

Well, it’s been six weeks now since I completed my 18,000 mile unsupported world cycle. I’m still trying to find my feet and get back into the swings of things at home. It’s quite a good feeling when I look back and think I’ve now completed everything I set out to do seven years ago, after I had a motorcycle accident.

I am now the first and only person to have rowed the Atlantic Ocean, summited Everest and cycled around the world, which is now being labeled as a “super triathlon”. For me personally, I’m just pleased I completed it and managed to make it home in one piece. I’m also very conscious that there are other people out there who are doing great things in the world of adventuring.

As I’ve rowed, climbed and cycled my way around the world, I’ve realised that human beings really are amazing. Wherever you go, there will always be someone around that will be there to support you in some way, shape or form, and you won’t even realise it until you need their help. 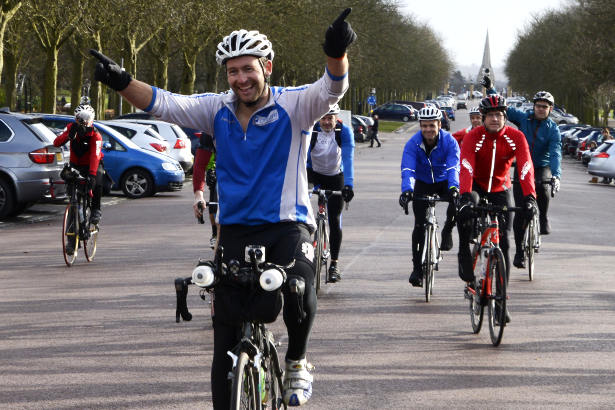 I’m often asked what drove me to undertake this triple header challenge. I think the honest answer has always been the fact that I’ve loved being slightly different and I knew when I was younger that my brain functioned slightly differently from most people. It’s the combination of how I felt when I had a motorcycle accident seven years ago and having my mobility temporarily taken away, that gave me much more of an appreciation of life. I’ve been very fortunate to have met some very successful people over the last few years in my quest for sponsorship and I have noticed one similarity with successful people in general: their appreciation of time.  You cannot buy time back no matter how wealthy you are, so my appreciation of time has changed massively. My passion for inspiring young people to pursue their own goals was another driving force behind the decision to undertake these challenges.

Rowing the Atlantic was just an incredible adventure; the isolation, and the feeling you get when you’re in the middle of an ocean and the closest people to you are in the International Space Station seventy miles above you, is mind-blowing! Obviously it can get pretty rough out there with waves and swirl regularly matching the size of a two or three storey building, but you gain a lot of confidence in the boat. I’m often asked what it was like rowing for twelve hours a day. Honestly, it went pretty quickly. Listening to your favourite tunes on the iPod, with a fantastic tail wind blowing you along and the glorious sunrises and sunsets all make it a truly magical place. Although, I guess the enjoyment of being in this situation is really dependent on the person – I personally loved being in the Atlantic Ocean.

Everest was very different; you are generally never on your own and there is a lot of down time. Compared to a world cycle or an ocean row, it’s all over relatively quickly. I remember leaving Camp Four at ten o’clock at night, climbing under head torch all the way up to the balcony, where I stopped and swapped my oxygen out. I’ll never forget how amazing the night sky was that evening: shooting stars flying across the horizon with dazzling stars and distant galaxies lighting up the sky. It took me the best part of ten hours to make it up to the summit and on the 16th May 2011, I was standing on the highest point on earth.

There was just my Sherpa, Dorje and I; it was an incredible, surreal situation to be in. It was on the descent that things got a little tougher for me. Generally on the ascent, you have a lot of adrenaline running through you which really helps get you up. That adrenaline soon left my body when I reached the summit and the realisation hit me that I was only really half way. I still needed to get down and I was as far away from anybody as I could possibly be. Gravity pulls you back down so the effort required to stop yourself tumbling down the mountain is quite intense. I also had a lung infection, which I didn’t know at the time, so that was making things even harder. Thanks to Dorje, to whom I will forever be indebted, I eventually made it back down to safety. To this day, I have never experienced anything close to that level of physical effort and sheer exhaustion. 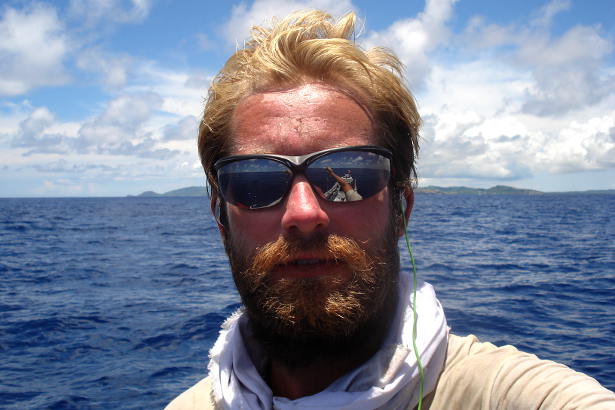 Cycling around the world was tough in its own way. Averaging over one hundred miles a day, every day, for half a year, is a challenge but amazingly, it’s not as physically demanding as you might think. For me, it was the mental challenge of getting back on the bike day in, day out, come rain, snow, high winds and tiredness. When I rowed the Atlantic I had a very simple philosophy and that was, as long as I don’t row in circles and if I keep going, by default, I’m going to run out of ocean and reach land eventually. I used the same principle whilst cycling. No matter how I felt, if I kept those pedals turning, I would eventually cover the 18,000 miles and make it home. It’s the simple mindset that works for me as it’s very easy to overcomplicate things in your brain.

“Your body will achieve what the mind believes” – this is a real cliché but very true!

One of the things that kept me going was the wonderful interaction I had with locals as I passed through cities and villages on my travels. Above all, the most important thing I learnt was just how much you can achieve when you really are prepared to push yourself and not give up. Much more than you think!

You can still donate at https://www.justgiving.com/captainketch