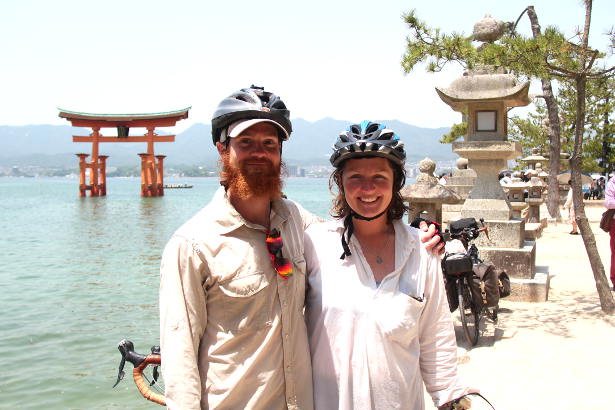 Sorry, but what else did you expect me to call this article?

We landed in Ho Chi Minh City (aka Saigon) a couple of days ago and tomorrow will set forth on our bikes once more, in the direction now of Singapore. That will take us through Vietnam, Cambodia, Thailand and Malaysia.

Our six weeks in Korea and Japan were superb. Some of our best cycling yet. As mentioned before, South Korea has perhaps the best cycling infrastructure of any country in the world and we had a great time there.

Japan may have lacked the fantastic cycle network of its East Asian neighbour (though they do allow and encourage cycling on pavements everywhere), it more than made it up for that with delicious and cheap food, and its wonderful culture and history. 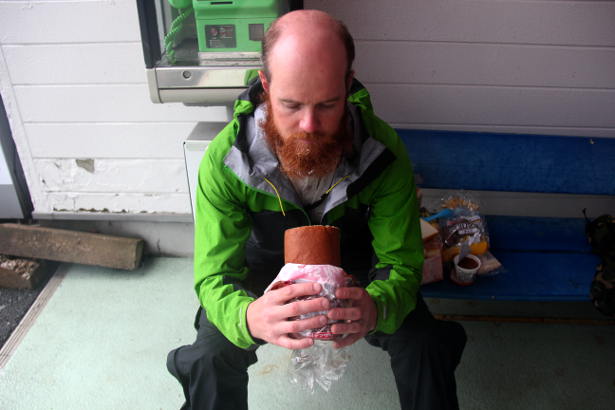 We arrived in Japan on the ferry from Korea – a ferry which had an onboard hot tub even for mere economy class passengers – and were quickly made to feel welcome.

In fact, it sometimes felt like our serendipitous hosts were playing a game of one-upmanship, despite being quite unaware of each other’s existence. It started when we asked a little old lady if we could camp on the beach and soon found ourselves pitched in her front garden, showered, and offered delicious Japanese steak for dinner along with her family. We couldn’t believe our luck.

The next day we were caught in a downpour having stupidly decided not to put on our waterproofs. We were soaked through and cold when a man flagged us down in a puddle. What the hell did he want? Couldn’t he see we were cold and wet?

“Where you sleep tonight?”

We followed his hazard lights, dried ourselves off in his kitchen, heated ourselves in his shower and barely concealed our joy upon discovering that he was a professional chef. Surely the best profession that a cyclist could hope for in a host? 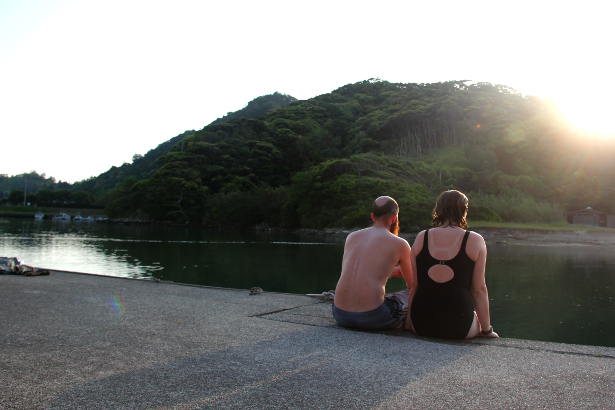 Pedalling off the following morning like cats with cream we checked the map and realised that we would never make it to our CouchSurfing host for the next night. Gutted. At the end of the day, we pulled into a service station to look for somewhere to sleep when an email popped into my inbox:

It would have to be very big to fit our two huge bikes and 12 bags inside. Five minutes later a bus pulled into the car park.

We loaded everything onboard, got driven to the next town, checked into a fancy hotel for free and invited back for dinner by our chauffeur-come-host who, he mentioned casually, was an amateur sashimi chef. We were on a roll.

Sat down for dinner, tucking into a plate of cold, pink fish with my chop sticks I asked what I was eating.

“Fugu… you mean puffer fish? The poisonous one!?”

He reassured me that, without a licence to prepare the fish, you can only buy a prepared safe version and that his kids had already eaten it earlier. Laura still didn’t look so sure. 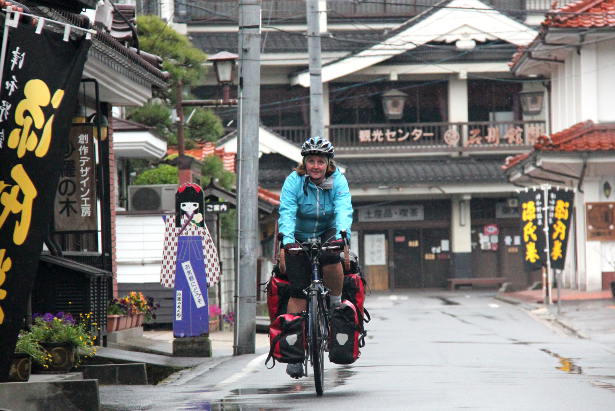 Three weeks of blissful cycling through the country and three of its main islands came to an end in Kyoto where we once more had to go through the trauma of transporting our bikes to the airport (sadly not possible to cycle there), packing them up and checking them in. But, having finally got round to unwrapping them here, they seem to be in a decent condition and ready to hit the road tomorrow.

It’s the first time in South East Asia for both of us so we’re excited to explore.

I spoke too soon.

We just went downstairs to pump up the tyres on our bikes having deflated them for transit. Two hours later we trudged back upstairs, covered in grease, soaked in sweat and in a foul mood.

Laura’s handlebar bag attachment snapped last month. Our very generous sponsor, Lyon Equipment, promptly shipped a replacement part to Japan for us ready for the repair. Laura attempted the repair downstairs a moment ago and, in the process, the same part broke again. Pain in the ass.

That might have been OK but then Laura, pumping up her tyres, noticed that several small cracks had appeared in her back wheel. This is a bigger problem which some of you may remember from Turkey.

So tomorrow’s early departure has been shelved and instead it’s down to the bike shop. Wish us luck!