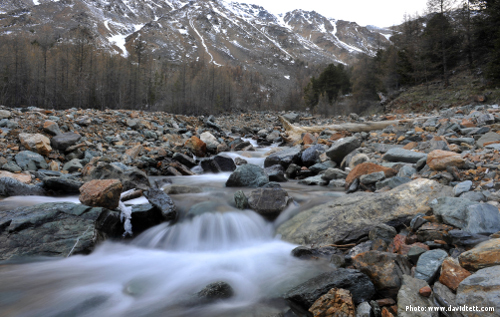 I ran 30 miles along the Northern Line the other day. I’d run that far once before and didn’t really think anything of it the morning I set off, in part because I didn’t know how far it would be but then I also didn’t think much of it afterwards.

When I started training for my triathlon a few years back, I knew nothing about swimming (I still know very little) and the three miles across the Solent seemed incomprehensible. Shortly after I announced my idea I met a guy thinking about the Arch-to-Arc (run from London to Dover, swim the Channel, cycle to Paris) which quickly put my aspirations in perspective. He also told me he once ran 140 miles from Birmingham to London in a race where he wasn’t allowed to stop for more than 20 minutes at a time. Again, perspective.

As a teenager I never used to ride a bike. I was scared for some reason and the thought of pedalling the three miles to school on a daily basis never occured to me. In stark contrast, however, I caught myself commuting ten miles through the cold just before Christmas and arriving at work thinking it was too short a ride to start my day. I also cycled a thousand miles home from Norway last year and am aware of many, many cyclists who have spent years covering the globe.

Reading about and actually doing these things has altered my perception of the world. It has shifted my perspectives, my benchmarks, my expectations.

And now, writing this whilst facing the wrong way on a high-speed train to London, the dull ache in my quads is casting my mind back to the cause: last weekend’s run.

As I said, I didn’t think much of having run the length of the Northern Line. I didn’t do any specific training for it. I didn’t research the route or so much as look at a map until I was on the Tube heading for the start (and even then, to be fair, it was Laura rather than me with the maps). I didn’t get an early night, wake up feeling nervous, eat special food or wear lucky pants. I just got up like any other Sunday and started running like any other run.

I like that I can just go out and do these things, take them in my stride and not make a song and dance about them. I like that my mind has been opened to possibilities – physical, mental and otherwise – and that I’m in a position to be able to try these things and experiment. I like that such things become part of my everyday, that my friends and family have come to accept them, that it’s an expectation of me in some ways and that “that’s just what I do”. I like that it doesn’t feel like a big deal.

But then again, just once in a while, from time to time, I also like to sit back, reflect on what it is I’ve just done and think to myself: “Hey! That was pretty cool…”