Home Tim's Adventures How I Train For My Expeditions

How I Train For My Expeditions 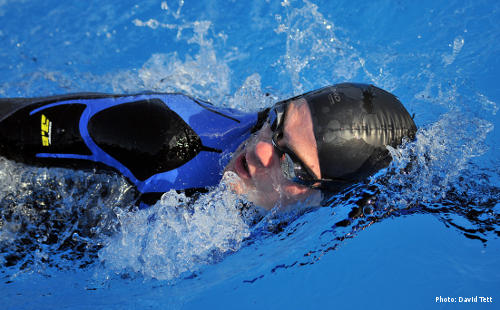 I enjoy physically challenging projects and that is reflected in many of my expeditions and undertakings. The truth, however, is that I rarely train specifically for any given challenge. Instead, I just keep a general level of fitness which means I’m usually ready for whatever plans I make.

However, since the purpose of this website is to first encourage and second enable people to take on their own challenges, I thought it might help to give a quick overview of how I train.

How I Train For Running

I have enjoyed distance running since an early age. I regularly ran laps of the local field after school for no other reason than because I wanted to. I entered a couple of races through university (5k to 16 miles) and went out with the running club a few times but mostly just enjoying long, slow runs. A memorable event was the night I finished my first year exams when I probably should have been drinking but instead decided to try running to Canary Wharf from my halls by Marble Arch without a map.

I never ran much further than my 16 mile race at uni until two things happened some six years later: The first was that I met a new bunch of people who had all run multi-day marathons and ultra marathons (and seemed quite normal). Inspired the next day, I loaded a bum-bag with water and snacks to see how far I could run. I got lost and came home five and a half hours later.

I then came across the Long Distance Walking Association’s Challenge Events which also made running 20 or 30 miles seem quite normal and have since entered half a dozen events.

Following that, my now wife suggested that we ran the length of every Tube line in London. The longest looked to be some 40 miles+ which was further than either of us had ever run, not to mention almost entirely on concrete. But we just started with the shorter lines and built up to 30, 40 and 45 miles over the course of 12 runs. I did almost no running at all between Tube lines.

My longest run to date was a 50-mile slog to the coast from my flat in London which I did on a whim with a few days’ notice.

This part has been written as a story rather than a list of bullet points and training tips because that’s how it happened. I do occasionally run shuttles, do hill reps and time myself but mostly I just put my shoes on and run until I want to come home.

How I Train For Swimming

I was never particularly into swimming and when Thom and I decided we were going to swim three miles across the Solent, I could only do one length of front crawl before coming up for air, red faced and spluttering. That triathlon is one of the few things for which I have ever actively trained.

I negotiated sponsored membership of my local Fitness First at the time (London Bridge, Cottons) and tried to swim about three times a week. Very occasionally I’d try to do sprints and use the clock but mostly I just plodded up and down, over and over, and set myself distance targets.

I swam in an unheated lido a couple of times (Tooting Bec) using my wetsuit and did one test swim of three miles. I only swam outdoors once in training and that was a one mile race in the Solent, sans wetsuit.

For the Thames, I did no training at all, in part because of a shoulder injury. I got tired after an hour or two, and always got very cold, despite a wetsuit, which meant we would always have to stop early. Laura was never cold. To improve our progress for this year, I have started to train in the pool to get me stronger, get regularly cold water exposure to improve my tolerance, and try to gain some weight for insulation.

(N.B. For simple wild swimming for entertainment purposes, I would advocate doing no training at all)

How I Train For Cycling

I hated cycling as a kid but got into it as a means of transport in London and as a recreation whilst living in New Zealand. The handful of cycle tours I’ve done have not necessitated any training, I just relied on the leg strength developed through regular commutes.

For our triathlon, we practiced the route from London to Portsmouth a couple of times, as much to avoid getting lost on the day, and I attended a single ‘spinning’ session but that was about it.

The closest I’ve come to training on a bike was whilst living in Oman. A nearby oil compound residential area had a fantastic hilly 5km loop that my wife and I used to lap in the mornings, timing ourselves.

How I Train For Mountaineering and Trekking

Unless you are planning something reasonably audacious, mountaineering and trekking don’t require particularly peak fitness. For our walk across Patagonia, I spent a few weekends doing long walks around the UK, but for everything else I’ve relied on my base fitness levels.

That was enough even for a particularly tough crossing of the Wahiba Sands (a friend who was a professional tennis coach got worn out after 24-hours).

I also dragged tyres a few times when I was hoping to join a North Pole expedition.

How I Train For Life

So, rather than training for specific events, I try to keep fit for life in general with the following activities:

Going out for runs

Usually from my front door, occasionally in LDWA or other events. Sometimes performing hill reps and shuttles, often setting arbitrary targets (e.g. Canary Wharf or the coast) or deliberately getting lost to extend a run. On occasion bare foot and not uncommonly as a means of getting around London.

Using the bike for all transport in London (I probably use buses and trains less than once a month) and the occasional longer trip on a weekend. In Oman, I regularly rode my road bike hard and fast (for me) but never before or since.

Swimming in a pool

I’ve only undertaken two bouts of swim training, before my triathlon and now for the second year in the Thames. I just go to my local pool and do increasing numbers of lengths. I aim to do more sprints.

Circuits in the park / front room

Anything from ab sessions in the living room using a Swiss ball and whatever exercises come to mind, to sweating and grunting in the park, doing burpees and shuttles with my wife.