The Secret To Making Sure Your Adventure Definitely Happens 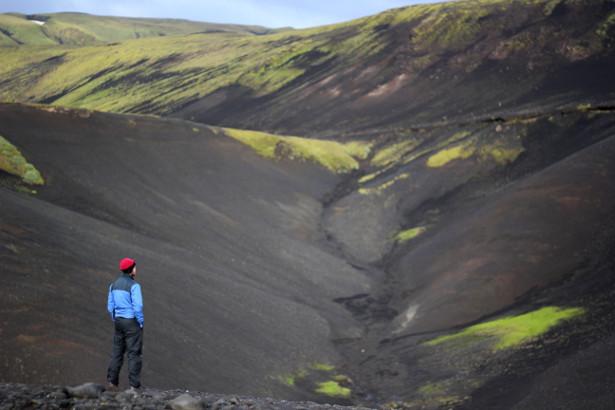 Over recent weeks and months I have listed all my favourite places for getting adventure ideas, described how to raise funds for an expedition or do one on the cheap, detailed how you plan the logistics of an expedition and explained why it might all be easier than you think.

But none of that matters a jot if your adventure never actually happens. The internet is littered with blogs for trips that never occurred and bars the world over are filled with stories of dreams unfulfilled.

This article aims to change that.

Below are a series of simple steps you can take to make sure that your adventure definitely happens. They won’t all be appropriate for everyone but make sure you at least read number eight.

Telling other people about your idea is a great way to commit yourself.

It used to be my favourite method. I would announce an idea to friends in the hope that they’d ridicule me if I never pulled them off, knowing that my own pride and stubborness would stop that from happening.

Equally, saying your idea out loud can be quite powerful and people’s reactions may spur you on. You might even get teammates or offers of support out of it.

I’d recommend telling people face to face rather than doing it on Facebook or similar. It’ll be much harder to get away with it that way.

2. Book the time off work

Don’t say “I’d love to do that one day” or “I’ll do it in the summer”, put it in your diary and book the time off work.

If you’re self employed stop taking on work for that period, tell people that you’re away on those dates (see #1 above) or make arrangements for someone to cover.

Putting it in your calendar and booking the time off are such simple, administrative tasks but they really work. They say the first step’s the hardest but this couldn’t be easier. You’ll keep seeing it pop up in your diary too, plus other people might ask where you’re off to and then you might just have to tell them…

This one is so easy that I’d almost be offended if you didn’t do it before finishing this article: buy a guide book to the country you want to visit.

Getting a copy of Lonely Planet South America isn’t going to guarantee that you climb Aconcagua but it’s a step in the right direction and a pretty good place to start. You’ll no longer have the excuse of ‘I don’t know where to start’ or ‘I’m not sure if it’s possible to get to…’.

If nothing else, the cognitive dissonance might kick in: what kind of idiot buys a guide book for a country they’re never going to visit?

(And if you buy one from Amazon.co.uk or Amazon.com then I’ll get a few pence out of it too. Or, even better, buy one of my guidebooks then I might have enough to go on holiday too. Win win).

4. Set up a standing order

I love how boring this piece of advice is but it works: set up a standing order to take money out of your account every month/week/day so you build a war chest before you have a chance to fritter it away.

To fund our around-the-world trip, Laura and I each set up a standing order to remove £200 from our bank accounts the day after we got paid. If the money hadn’t come out straight after our salaries came in then we’d just have spent it on other stuff instead of living a little more frugally. We managed that for a year and it was enough to fund seven months of cycle touring each.

The numbers may be different for you but the principle will remain. We can all afford to put aside a little bit of money but we’re also all human and won’t do it unless there’s a system in place.

Alastair Humphreys advocates putting aside £20 a week so you’ve got a grand by the end of the year. I’m doing this and you should too. Change the currency and change the quantity if you want but DO IT NOW.

A bit like bragging about your idea down the pub so you’re publicly committed, you could also set up a website and tell the whole world.

But websites take time to set up and you could be using that time to plan your trip and do all the other stuff on this list. Writing blog posts and putting stuff on Instagram can be very appealing but that’s partly because they’re so much easier than actually getting an expedition off the ground.

Don’t kid yourself into thinking that building a Twitter following is the same as planning an expedition.

When getting to the start line is the priority, skip the blog.

This step really is a sure fire way to guarantee your expedition sees the light of day: buy a plane ticket.

But I’ve not worked out the route yet! I’m not even sure it’s possible!

You can spend months researching something and not find all of the answers. At some point you just need to bite the bullet. No one ever got anything important done without a deadline. Open your wallet and set yourself one.

Money is a great motivator and no one likes to lose it. If you commit a chunk of cash to booking a flight then you can be pretty sure that you’ll commit your time and yourself to the trip too.

(N.B. You can substitute buying a flight with a train fare / ferry ticket / tent / bike as appropriate)

7. The secret to really making sure it happens

It’s the title of the blog post and we’re almost done here but I’ve not even got to the secret yet. I’ve alluded to it above but not spelled it out. The big secret to making sure that your adventure actually happens is to do something.

There is no complicated process or insider trick. You just need to make a start.

It’s a statement of the obvious but it needs saying nonetheless: your adventure will not happen unless you make it.

It won’t happen by chance. The planets will never align and the perfect time will never arrive. YOU NEED TO DO SOMETHING.

Take a first step. Do something from this list or do something else. It doesn’t matter what as as long as it helps you get towards the start line and isn’t just procrastination: don’t spend ages setting up a blog if all you need to do is book a flight. Don’t just Google stuff if you already know what you need to know (see point #5 above).

If you’re serious about this then show it.

8. And saving the best idea for last…

My final idea is the easiest one of all.

It will take you less than 30 seconds and you don’t even need to leave this website.

At the bottom of this article in capital letters are the words: ‘WHAT DO YOU THINK?’

Underneath them is a box with the words: ‘Enter your comment here…’

If you’ve got an idea that you want to make happen then put it in the comment box now. Share your idea here and let us cheer you on.

I dare you to be the first.

Tags: How ToHow To Have An AdventureMotivation